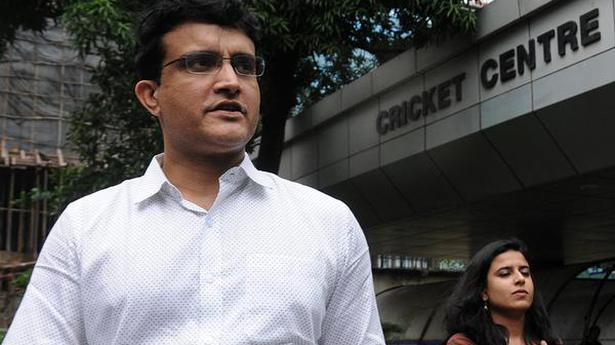 Nominations for six slots for the BCCI Apex Council and two for the IPL Governing Council will close at 3 p.m. on Monday, but until late on Sunday, a consensus eluded on the choice of President.

The names of Brijesh Patel and Sourav Ganguly were considered by vertically split groups.

Things were not clear about who will ultimately file the nomination form; there was speculation that Ganguly has the backing of former BCCI president Anurag Thakur and Brijesh that of former BCCI Chief N. Srinivasan.

Whatsapp messages were texted conveying Ganguly being chosen for the president’s post and Brijesh as chairman of IPL.

He polled 471 votes while Kirti Azad got 381 and Rakesh Dhruv 223 in the Indian Cricketers Association (ICA) election on Sunday.

Vijay Shankar, coming back from yet another injury and playing his first game of the Vijay Hazare Trophy, produced an all-round performance with an unbeaten 91 (88b, 6×4, 1×6) and one for 17 to help Tamil Nadu post its third win in as many matches, defeating Bihar by seven wickets in the Elite Group C […]