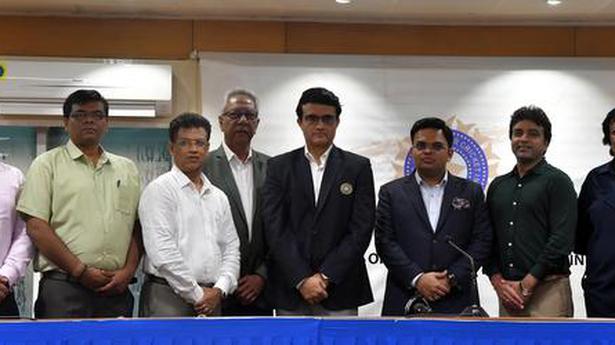 BCCI president Sourav Ganguly was quite guarded when fielding a question about who would be named India’s director in the ICC Board. The BCCI can name its director and alternate director.

“No, it has not been decided. But the ICC matter is important for everyone to know, don’t just go on hearsay. India is to get $372 million from the ICC 2016-23 cycle. It is a lot heavy at the backend. Till now we have got whatever it is and we have to make sure we get our due. We will work with the ICC and take this forward.”

Giving his insight into the sensitive subject , the outgoing CoA Chief, Rai said: “It is being reported that there was a 2014 model. Any of you who has followed BCCI know how much we got as per that 2014 model. We took charge in 2017. Not a single dollar was lost to us. When we took charge, we were told that we were allowed $ 293 million. That time when Mr. Vikram Limaye went and negotiated with the ICC, $ 293 million got increased to $ 405 million. That is where it stands today, and if in the future if we get more, that will be welcomed.”

This is because the ICC global tender for media rights for the post 2023 cycle may be floated in 2021, well before the BCCI gets the opportunity to invite tender for its media rights.

Former England cricket captain and 1981 Ashes hero Bob Willis has died aged 70 after a short illness, his family said in a statement on Wednesday. The fast-bowler played in 90 Tests and 64 one-day internationals for England over more than a decade after his debut in 1971, retiring in 1984. “We are heartbroken to […]

Tamil Nadu skipper Dinesh Karthik was quite pleased after guiding his side to the knockout stage of the Mushtaq Ali Trophy. Karthik, who returned to the hot seat after six years, was happy with the results so far. “It has been brilliant. A lot of credit goes to the coaches (D. Vasu and R. Prasanna) […]

Rishabh Pant deserves a spot in the Indian World Cup team, believes K. Srikkanth. “The only slot that is slightly confusing is No. 4. If I was the captain or the chairman of selectors, I’d go for a match-winner. A guy who can win matches from no-win situations. We need such cricketers also. You cannot […]