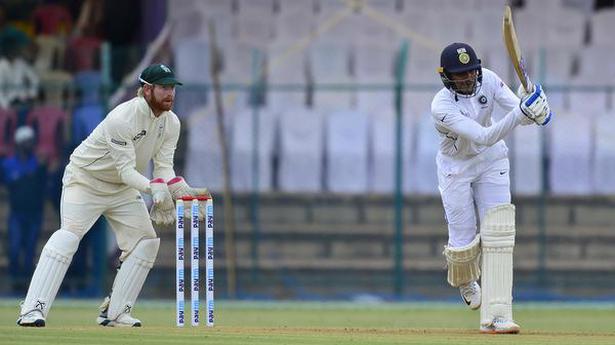 Shubman Gill’s stellar show in the recently-concluded India-A series is an indicator that he is ready for Test debut, feels senior off-spinner Harbhajan Singh.

Shubman had scores of 83 and 204 not out batting in middle-order in the first ‘A’ Test and then scored a hundred opening in the second game, showing his versatility at different slots.

Prithvi Shaw, back in the Test squad after 16 months, is also a contender in the playing XI with his equally dazzling repertoire of strokes.

“Shubman should get his chance since he has been part of the team (as reserve opener) for quite a while without playing any Test match,” Harbhajan, who has been Gill’s State team skipper in white-ball cricket, told PTI.

Their journeys have been intertwined since the U-19 days but in next 10 days, Prithvi and Shubman will provide skipper Virat Kohli and coach Ravi Shastri with a lot to ponder while fighting to be Mayank Agarwal’s opening partner in first Test against New Zealand, starting on February 21.