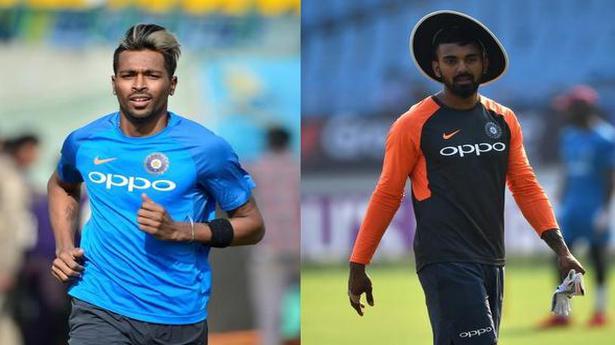 With an eye on India’s selection for the World Cup, Hardik Pandya and K.L. Rahul deposed before the BCCI Ombudsman, D.K. Jain, in connection with their loose comments on the opposite sex during a television chat show earlier this year.

Days after the show was aired in January, Rahul and Hardik received a backlash for their controversial comments on women. As a result, they were sent back mid-way from India’s tour Down Under following a suspension by the Committee of Administrators.

While the suspension was lifted pending inquiry ahead of the home series against Australia in March, the duo was summoned by Jain soon after his appointment last month. The duo deposed before the Ombudsman over the last two days.

While Hardik appeared before Jain on Tuesday, Rahul was questioned by the Ombudsman on Wednesday morning.

With India’s squad for the World Cup set to be picked on April 15, the verdict on the duo is expected later this week.

Chennai Super Kings has one of the best home records in the IPL — winning 70% of its games — which gives the team at a distinct advantage going into the season opener on Saturday. But head coach Stephen Fleming said it takes time to assess the conditions — even for the home team — […]

Dhaka The Bangladesh Cricket Board (BCB) has decided to pay a one-time allowance of 20,000 Taka to its women players to help them cope with the shutdown of all events due to the COVID-19 pandemic. BCB President Nazmul Hassan, who is also a member of parliament, said the players need support given the current situation. […]

After spending some time in Australia, Brian Lara is in Mumbai to be part of the Star Sports team for the India-West Indies series. Before teeing off at the Willingdon Sports Club at Mahalaxmi — he inaugurated the Habitat for Humanity Charity golf tournament — Lara spoke about why the West Indies captaincy was handed […]