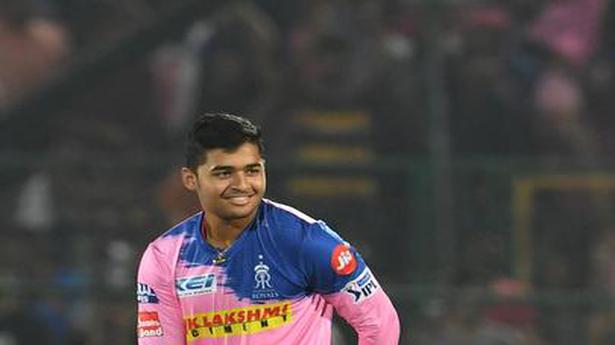 Riyan Parag grew up watching his father, Parag Das, put in the hard yards for Assam in domestic cricket. It was only natural for him to take to the sport.

“I watched my dad do drills at home and play on the field. That’s where the interest in cricket came from. I held a plastic bat in my hand when I was barely 16 months. I have pictures of that,” Riyan said. He has proven to be a quick learner. Riyan made his senior Assam debut at the age of 15, and was part of the Indian team which won the 2018 Under-19 World Cup.

The 17-year-old has made a mark with IPL team Rajasthan Royals this season as well. A 31-ball 47 and 29-ball 43 – against Kolkata Knight Riders and Mumbai Indians respectively — helped his side record victories.

The teenager is unfazed about representing a less-heralded team like Assam on the domestic circuit. “If someone from Mumbai scores a double hundred, he will be noticed immediately.

“He will get the limelight instantly, while someone from Assam will probably have to score twice or thrice to get that attention.

“But that’s the challenge we love. I have been told before I even started playing domestic circuit that I have to perform big and on a consistent basis.

“If you do that for two-three seasons consistently, no one who can stop you,” Riyan said.

The finish was explosive. And the Dindigul Dragons breathed fire. Its onslaught towards the end of the innings, blasting 73 runs in five overs, was the decisive phase of the contest. The up-beat Dragons, defending 175, outplayed Siechem Madurai Panthers by 45 runs at the NPR College ground to enter the final of Sankar Cement-TNPL […]

As cricket gets another doorway, a look at the heap-of-sand paradox

India vs SL | Leaving nothing to chance for Guwahati T20I

The Assam Cricket Association (ACA) Barsapara Stadium resembles a fortress ahead of hosting the opening encounter of the three-match T20I series between India and Sri Lanka on Sunday. The violent protests, during which five people died in police firing, against the Citizenship Amendment Act (CAA) had paralysed the city for a few days last month. […]