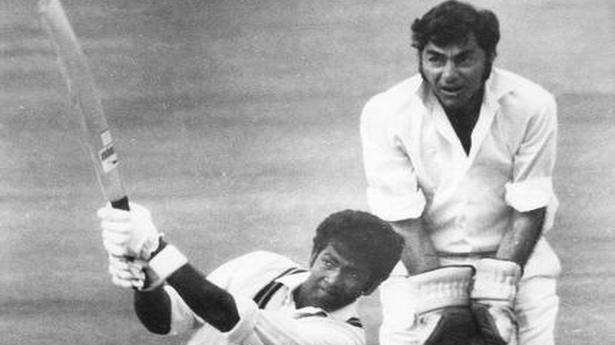 Alvin Kallicharran has travelled to his roots for a special occasion. The West Indian great will celebrate his 70th birthday on March 21 in the city of his destiny.

It was in Chennai that his mother Padma was born and each time Kallicharran travels here, the journey is laced with a sense of celebration and nostalgia.

“My mother was from Chennai, used to speak good Tamil. She has been the inspiration of my life. Each time, I visit here, I pay homage to my mother,” the former West Indies captain told The Hindu here on Monday.

In dedication to his mother’s memory, Kallicharran will be involved in the soft launch of his autobiography Colour Blind, recapturing his days of glory and struggle, on his 70th birthday.

“I don’t see colour or race in cricket. So I am colour blind,” said the man who once came under considerable flak for taking a rebel West Indian team to South Africa in 1983.

Talk to Kallicharran about this and he responds, “We travelled to Soweto and other areas where people of colour had never seen top-flight cricketers before. The tour opened avenues for players there. In fact, the rebel tour hastened South African cricket’s return to the international fold.”

He has left those tumultuous days behind; these days he is deeply into spirituality. “I am a devotee of Puttaparthi and Shirdi Sai Baba.”

Late last year, Kallicharran was conferred the British Empire Medal, for his contribution to cricket and charity.

In his time, the diminutive Kallicharran, just 5’4, was an explosive southpaw. His onslaught on the fast and furious Dennis Lillee in the 1975 World Cup was of the jaw-dropping kind.

Lillee was bowling at his quickest at the Oval and a helmetless Kallicharran launched into him with a savage array of hooks, pulls, cuts and back-foot cover drives.

“He was letting it go. I decided to take him on. There was no helmet and also no fear. He said things in anger that I cannot reproduce here. That was my day,” recalled the West Indian.

Those were the days of some magnificent fast men. “Jeff Thomson was the quickest I faced along with my own teammate Michael Holding. The pitches were quicker than now and the ball would fly around.”

Kallicharran called Andy Roberts “the father of fast bowling in the West Indies. Everybody else learnt from him, he was the complete paceman.”

An exemplary player of spin with his sparkling footwork, Kallicharran said, “Bishan Bedi would tease you with his variety and Erapalli Prasanna used to get the ball to hiss in the air like a snake. And Chandra was totally different.”

While he was unwilling to compare the “destructive” Viv Richards with anyone else — “his presence at the crease was something else” — Kallicharran had high regard for Greg Chappell for his “balance and ease” and Ian Chappell and Tiger Pataudi for their “attacking captaincy.

Coaching in the U.S. these days, Kallicharran wants to pass on his knowledge. “Play your shots but always learn to defend,” is his message.

England all-rounder Sam Curran is looking at his entry into the Chennai Super Kings setup as an “opportunity to pick the brains” of seasoned captain Mahendra Singh Dhoni and coach Stephen Fleming. The 21-year-old Curran was the most expensive English player in the IPL auction at ₹5.5 crore, bought after an intense bidding war between […]

Human greed is the problem: Gavaskar

With allegations of betting malpractices hitting popular T20 competitions TNPL and KPL, cricket legend Sunil Gavaskar said that the viability of such leagues cannot be called into question based on acts of misdemeanour by a few. “Greed is such a thing that no amount of education, guidance, seminars with anti-corruption guys is going to be […]