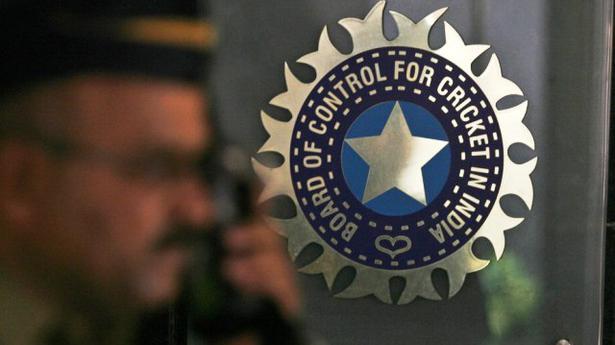 The appeal of the Board of Control for Cricket in India (BCCI) for ‘isolation’ of nations supporting terrorism, without naming Pakistan, did not find support at the International Cricket Council (ICC) board meeting.

The meeting in Dubai concluded on Saturday.

The BCCI had made the appeal following the Pulwama terror attack, which left 40 CRPF personnel dead on February 14.

“The issue [related to terrorism] was raised, but such matters are not decided in one meeting,” the chairman of the Committee of Administrators (CoA), Vinod Rai, told The Hindu.

The BCCI CEO Rahul Johri raised the issue of security at the next World Cup and received an assurance from the ICC in this regard.

Mr. Johri was told by ICC chairman Shashank Manohar that it was beyond them to take a decision to bar any particular nation. Such decisions, the BCCI was told, were in the hands of the respective governments and not the ICC. Since Pakistan was a permanent member of the ICC, it would not be possible to “isolate” it unless it is supported by all Test playing countries.

Mr. Rai said, “India has been raising the issue of terror emanating from Pakistan at various international forums for a long time.”

“Most Test nations don’t even travel to play cricket in Pakistan for this very reason. As far as the BCCI is concerned, we will keep raising the issue at every ICC meeting and every possible forum to demand Pakistan’s isolation from cricket.”

One of the demands made by the BCCI related to increased security for Indian players, officials and fans at the World Cup to be held in England later this year.

The ICC CEO David Richardson assured the BCCI, “As you would expect for a global sporting event, the ICC, in partnership with the ECB (England Cricket Board) has a robust security plan in place for the World Cup.”

On the issue of playing against Pakistan at the World Cup, Mr. Rai said, “The match is sometime away. Why should we concede two points by not playing the match. We will follow what the government says in this matter.”

Andre Russell’s awe-inspiring 40-ball 80 propelled Kolkata Knight Riders to a 34-run win over Mumbai Indians at the Eden Gardens on Sunday and helped it stay alive in IPL-12. Knight Riders, thanks to the Russell storm, posted a mammoth 232 for two, the highest of the season. When Mumbai batted, Russell also took two wickets […]

Rohit Sharma is only three matches into his role as a Test opener, so it is perhaps too early to draw sweeping conclusions. But what is also clear is that he is not a total misfit for the job. Over the last three weeks, Rohit has accumulated 529 runs in four innings, more than any […]