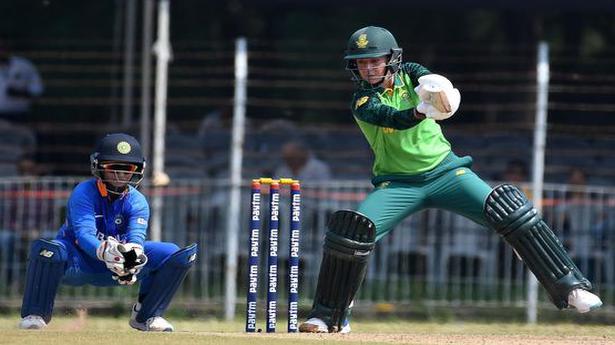 When Marizanne Kapp made her international debut 10 years ago, it was tough to earn a living as a women’s cricketer.

The players did not have central contracts, and matches were few. “I entered international cricket in 2009, when women’s cricket was nowhere on the map. It was not televised, and there was no money in it. I did some coaching to support myself financially. We only had a maximum of two tours a year. While now I’m actually tired from the many games we play, back then, you just couldn’t wait to go on tour,” Marizanne said.

Things changed for the better when Cricket South Africa introduced a central system for women cricketers in 2013.

“I’m jealous of youngsters. They are fortunate to play in this era,” Marizanne said, “compare this to when I finished high school, and my mother told me to get a real job because cricket wouldn’t take me anywhere.”

The experienced all-rounder was keen on many sports as a child, but it was cricket she was most passionate about. “When I was 13, my mother took me to the school principal and asked if I could join the boys’ outdoor team. Until then, I played only indoor cricket. Playing outdoor cricket with the boys was a big step up. Egos got involved when you played with boys, as everyone wanted to get the girl out. And they absolutely hated it when I hit them for runs. Overall, my school was very inclusive and encouraging,” she said.

Marizanne, who has played 104 ODIs, 75 T20Is and one Test, has a word of advice for young girls who want to take up cricket as a career. “If you do something with passion, you will make it big. Never give up on your dreams. I never did, and now I’m living the dream as a professional cricketer,” she said.

The BCCI and Assam Cricket Association (ACA) will be “closely monitoring” the security situation in Guwahati in the wake of protests against the Citizenship (Amendment) Bill, keeping in mind the January 5 T20 International between India and Sri Lanka. Sri Lanka are coming to India for a short three-match T20 International series, which starts at […]

Fielding is a controllable skill, you got to develop the right mind-set: Sridhar

Asked on qualities needed for close catching in Tests, R. Sridhar was quick with his answer to The Hindu on Monday. “Hand-eye coordination, anticipation, awareness, reaction, reflexes, and concentration.” For shorter formats, you needed, “speed, agility, strength, and power.” Factors such as being quick on the turn, fluid pick-up-and-throw and presence of mind near the […]

Where the mind is without fear: ICA has an important job

When a popular player admits to having “mental health issues” and takes a break from the game, two things happen in the media. One, the list of recent players who have gone public is trotted out: Marcus Trescothick, Jonathan Trott, Graeme Fowler, Michael Yardy, Monty Panesar, Iain O’Brien, Shaun Tait, and others. Secondly, the differences […]