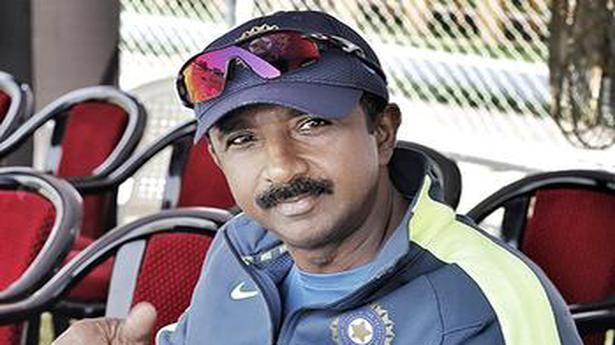 In a bizarre turn of events, the ousted fielding coach of the Indian women’s cricket team, Biju George, was approached to accompany the players for the tour of the West Indies starting next month.

It is reliably learnt that the newly appointed fielding coach had travel issues that could not be resolved in time.

The Hindu has learnt that Biju declined the offer to function as the substitute fielding coach for the Caribbean tour where the Women in Blue will play three ODIs and five T20Is.

The way the new support staff of the women’s team was chosen was criticised by former India captains Diana Eduljee and Shanta Rangaswamy a couple of days ago.

R. Ashwin will stay back at Kings XI Punjab, the franchise’s co-owner, Ness Wadia, has confirmed. For the last couple of months, speculations were rife that the India spin ace — who led the team in the last edition of the Indian Premier League — may be ‘traded’ to Delhi Capitals. But speaking to Sportstar, […]

World Cup squad to be named on April 15

A little over two months ago, when the team for the five-match home ODI series against Australia was decided, the choice of Rishabh Pant at the expense of Dinesh Karthik set off a debate. The rationale behind Pant’s selection was that he had proved his worth in the Test series in England and Australia and […]

With the government calling for a lockdown to fight the coronavirus outbreak, the Indian cricketers are all home and spending time with their families. But strength and conditioning coach Nick Webb, in consultation with physio Nitin Patel, has customised routines for Virat Kohli and boys to ensure they stay in top shape despite the pandemic […]