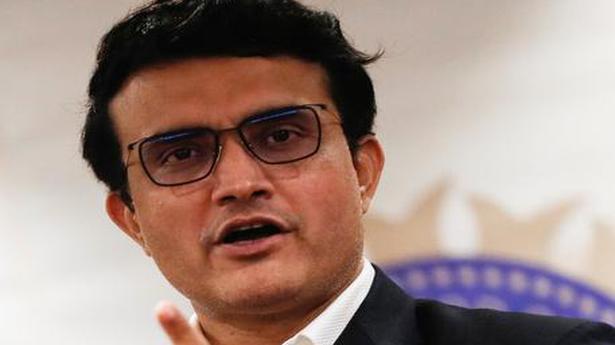 Board of Control for Cricket in India president Sourav Ganguly said India’s opening Twenty20 match against Bangladesh would be played in Delhi as scheduled.

There had been growing concern that the deteriorating air quality in the Capital would necessitate a change of venue.

Ganguly said there was not enough time to reschedule the match (to be played on Sunday), but in future the BCCI would be “a bit more practical in scheduling matches in Delhi post Diwali”.

“We have spoken to the authorities in Delhi and they are expecting the match to go through. It cannot be cancelled at the last minute as a lot of preparations go into the holding of matches,” Ganguly said.

“Post Diwali is a difficult time in the North. There is smoke and dust everywher. In future when we schedule matches in the North at this time of the year, we have to be a bit more practical,” he added.

He also called for greater coordination between the National Cricket Academy (NCA) and the National team and sought the involvement of Ravi Shastri as long as he is India coach.

“We will create a system where Ravi’s involvement is more in the NCA. Rahul (Dravid) is there; Paras (Mhambrey) and Bharat Arun are also involved. We will try and make NCA a centre of excellence,” Ganguly said while insisting on enhancing the scope of NCA.

“They have done a lot of good work with the NCA and it shows in the performance of the junior and senior teams. Hopefully the NCA will get a lot bigger,” Ganguly’s comments came the day after he visited the NCA and held prolonged discussions with its Head of Cricket, Rahul Dravid.

The new BCCI president said Shastri had done well with the team as its coach and hoped the National side starts winning top ICC tournaments once again.

“He (Shastri) will be with us for the next two years. India needs to win a world tournament. They have the ability,” Ganguly said.

“They reached the Champions Trophy final in 2017 where they lost to Pakistan. And then they lost the World Cup semifinal. It is a great side and just needs to get past the last hurdle. We will deal with it as it comes,” he added.

A section of the Indian cricket’s fitness community has levelled allegations of nepotism at the national team’s former trainer Shanker Basu, who in turn refuted these claims. A group of trainers affiliated to the BCCI has accused Basu of backing his favourites — linked to a fitness centre he runs — for being appointed at […]

Yashasvi Jaiswal is used to hardships. He has lived in a tent, did odd jobs and even sold pani puri for a living. The 21-day lockdown in India due to the Coronavirus pandemic may not be as tough as the thought of not playing the Indian Premier League. The teenager had a splendid ICC U-19 […]

Jonty Rhodes didn’t make the cut in the top three for the fielding coach’s post but Mark Ramprakash did when it came to the batting coach. While the No. 1 choice in all the categories was recommended for the post of the national men’s team’s support staff, the second- and third-ranked candidates would be considered […]