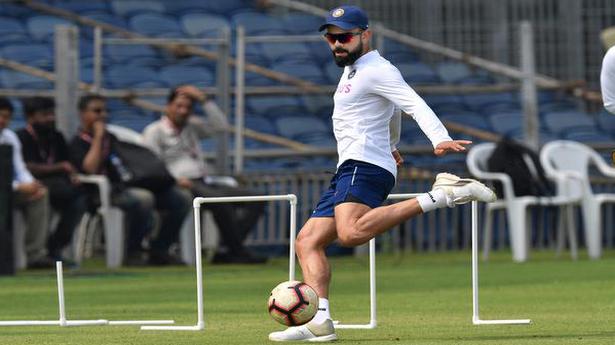 The last time — in fact the first time — the scenic stadium on the outskirts of the city hosted a Test match, Steve O’Keefe made the most of an akhada (dust bowl) to roll over India’s famed batting line-up to lead Australia to a rare win on Indian soil. The match got over in barely two and half days, with India’s batsmen returning to the dressing room quicker than the zooming cars on the adjoining Mumbai-Pune Expressway.

The meek surrender at the Maharashtra Cricket Association Stadium may have taken place a little over two and a half years ago, but with the impressive run India has had in white flannels across the globe since then, the defeat has turned into a distant memory for a majority of cricket connoisseurs.

However, captain Virat Kohli — who will lead India for the 50th Test match when he walks out for the toss for the second Test against South Africa on Thursday — will look to nail a series-clinching win in the milestone match.

That loss against Australia in February 2017 remains India’s only defeat at home under Kohli.

But with India looking solid as ever on the home turf, the Proteas will have to literally play out of its skin — and hope for the skies to remain clear — to end Kohli and Co.’s 10-match unbeaten streak at home.

South Africa displayed a lot of character — “resilience” as referred to by captain Faf du Plessis — in the first innings, recovering after a top-order collapse to put on 400-plus on the board. But Mohammed Shami’s sensational spell on the fifth morning virtually took all the positives away despite Senuran Muthusamy and Dane Piedt delaying the inevitable.

The South African bowlers will do well to have learnt their lessons from the show of their Indian counterparts in Visakhapatnam. With a damp pitch and overcast skies, the visiting side bowlers will expect to make early inroads to give the team a chance to draw parity in the series.

However, despite an undercooked strip, primarily due to incessant rain in the lead-up to the game, Kohli’s cavaliers will be confident of continuing their clean slate in the World Test Championship.

India is unlikely to tinker with its settled combination. South Africa, on the other hand, will be tempted to bolster its pace department with either Lungi Ngidi or Anrich Nortje at the cost of Piedt or Vernon Philander.

Irrespective of the team compositions, with a thunderstorm threat looming over the city for the rest of the week, both the camps — and the fans — will be hoping that weather doesn’t emerge as the man-of-the-match.

Dean Elgar’s courage and application takes us to the heart of Test cricket. The South African opener is tough, fights as if his life depends on the innings. In early 2018, on a volatile surface at the Wanderers, that Bullring, where the ball seamed, bounced off a length, or shot through, Elgar withstood a nasty […]

Ind vs SA: Heavy downpour in Dharamsala ahead of first T20

A sharp spell of afternoon thundershowers lashed Dharamsala ahead of the first T20 International between India and South Africa here on Sunday.   As per weather forecast, scattered thundershowers are expected during the day. While the match starts at 7 p.m., the HPCA Stadium is equipped with quality drainage facility and can prepare the ground […]