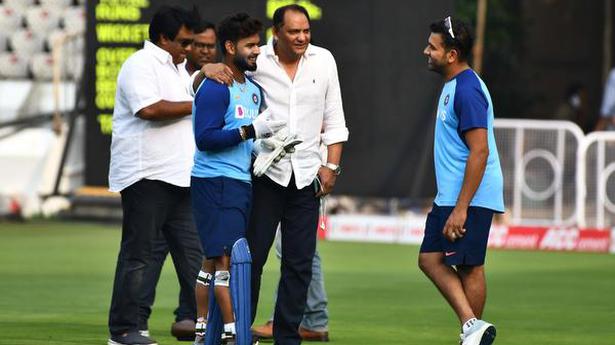 There is still a quietude about the Kerala capital that is charming and old-worldly.

Sunday evening, though, would be anything but quiet. Neither would there be anything old-worldly about the cricket on display at the Greenfield Stadium, where India takes on the West Indies in the second T20I.

The host had begun the series as the odds-on favourite against a West Indies side that arrived in India without some of its globe-trotting T20 specialists. The first match at Hyderabad did little to change that status.

It may not have been the best of nights for India in the field, but the team still crossed the finish line with aplomb.

The Men in Blue must have felt good after posting what was their seventh straight T20 win against the Windies. None among them might have felt better than the captain himself.

Virat Kohli not merely made a career-best 94 not out (50b), but he did that despite looking a bit out of sorts in the beginning. His touch may desert him at times, but his will will not.

The skipper wouldn’t be the only one in India’s top-order who may have had a sound night’s sleep ahead of the following day’s flight to Thiruvananthapuram. K.L. Rahul, the stylist from Bengaluru, must be pleased with his 40-ball 62 and his match-winning second-wicket partnership with Kohli.

His worries of the year past, on and off the ground, seemed a distant memory as he stroked attractively to present his case for a spot at the top of the order, even when the injured Shikhar Dhawan returns.

The cricket-loving public of Thiruvananthapuram would not mind an encore from Rahul in Sunday’s match in what is only the city’s second T20I. And they would also be hoping for a repeat of last year’s elegant knock from Rohit Sharma against the same opposition here last year.

After his failure on Friday, the Mumbai opener would himself want to be back amongst the runs. His Ranji Trophy teammate Shreyas Iyer would be just as keen to make a solid contribution in the middle order.

Kohli’s genius may have made up for India’s listless display in the field, but the bowlers and fielders — as many as five catches went abegging — would be desperate for redemption. It exactly wasn’t a night to remember for the likes of Washington Sundar, Deepak Chahar and Bhuvneshwar Kumar.

It would be interesting to see if India makes any changes. The whole of Thiruvananthapuram is desperately hoping it does: so that local lad Sanju Samson finally returns to the blue shirt, more than four years after he played his only T20I.

“Will Sanju be playing?” is the first question here at any discussion about the match. The explosive batsman, who also keeps wickets, has begun the new season in great form, with a record-breaking double hundred in the Vijay Hazare Trophy.

When it comes to explosive batting, few can rival the Windies. Shimron Hetmyer, Evin Lewis and captain Kieron Pollard have already shown that, and the likely return of Nicholas Pooran, after serving his four-match suspension for ball-tampering, will boost the Caribbean team’s power-hitting further.

The Windies bowlers also have to come up with a better effort. The spirited, left-armer Sheldon Cottrell needs more support.

Worryingly, late on Saturday afternoon, the city witnessed persistent rain, but the forecast is only 10 percent of it for Sunday.

Favourite? Certainly not. Contender? Not at all. Dark horse? Umm… Not really. Minnow? What?! The team doesn’t fit into any of these categories for the quadrennial cricket gala, so how then would you describe Sri Lanka’s position ahead of the World Cup’s 12th edition. The islanders can only be thought of as ‘no-hopers’. The kind […]

What concerns me is repetitive mistakes: Stephen Fleming

From one loss after eight games, Chennai Super Kings has had a huge dip in form with only one win in the next four. The team suffered another loss to Mumbai Indians on Friday, its first home defeat in six matches this season. The game yet again exposed the team’s batting woes. Speaking after the […]