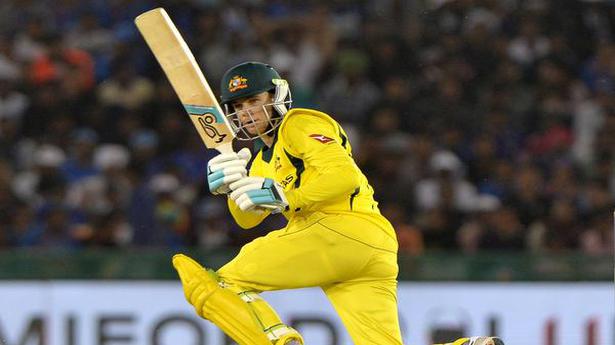 Seldom does a team score in excess of 350 in 50 overs and knows well that it missed out on adding another 20-30 runs!

As captain, Virat Kohli was in an unenviable position for the better part of the contest after the team posted an imposing 358 for nine. But the way, Man-of-the-Match Ashton Turner turned it around to shape Australia’s four wicket victory with 13 deliveries to spare, all the gains for India were pushed into the background.

With the series locked 2-2, Australia will travel to New Delhi for the decider with momentum firmly on its side. For those statistically inclined, it was the highest chase in India by a visiting team.

Turner smashed a timely, unbeaten 43-ball 84 dotted with six sixes and five boundaries to leave India in its tracks.

What provided the decisive twist to the tale was the 39-ball 86, blitzed for the sixth wicket by Turner and Carey. They carted the bowling all over after changing gears as demanded by the situation.

Australia’s memorable run-chase is sure to impact India’s confidence going into Wednesday’s decider.

Earlier, Kohli had plenty to be pleased about. After he won the toss, centurion Shikhar Dhawan scored 143 — his highest in ODIs — and Rohit Sharma returned to form with a 92-ball 95 to lay the foundation of 193 runs.

Dhawan, the aggressive of the two, set the pace. Rohit took his time to get into the act. They dominated the attack by turns and made the most of the conditions, that had very little for the bowlers.

As is their wont, Rishabh Pant and Vijay Shankar scored briskly as India traded six wickets for 91 runs in the last 10 overs.

The Australian run-chase, rattled by the exit of Aaron Finch and Shaun Marsh before the end of the fourth over, was resurrected by maiden ODI-century maker Handscomb and Khawaja whose 192-run third-wicket stand virtually negated the Indian opening stand of 193.

After Khawaja fell nine short of a well-deserved century, with Kuldeep taking a difficult, tumbling catch off Bumrah, Maxwell too departed. Just when he was threatening to unsettle the bowlers, he fell leg-before to Kuldeep for a 13-ball 26.

Handscomb, fortunate at 105 when Pant failed to stump him, became Chahal’s victim. Thereafter, it was a Turner show all the way.

Australia left out spinner Nathan Lyon for paceman Jason Behrendorff and the injured Marcus Stoinis made way for Turner. As it turned out, it was Turner’s blitz that carried Australia past the line.