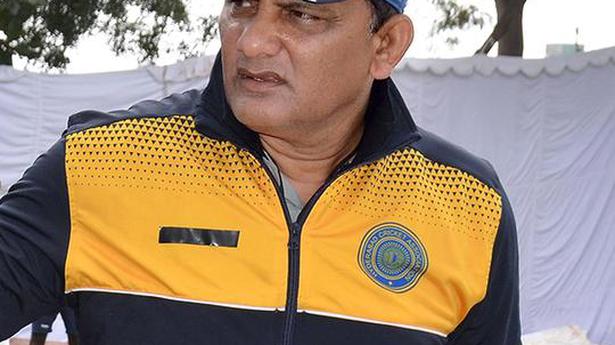 Sledging may have been Australia’s ‘gift’ to cricket, but the behaviour of players from India and Bangladesh during and after the ICC Under-19 World Cup final on Sunday has left a few India greats and administrators ‘shocked’.

The West Indians never had to sledge. “That look, eyebrows raised, hands on hips, and a vicious bouncer past your nose would give the message,” remembered Kapil Dev, who admitted he was shocked at the manner in which the Indian and Bangladesh juniors conducted themselves.

“I welcome aggression. Nothing wrong in it. But it has to be controlled aggression. You can’t cross the line of decency in the name of being competitive. Personally, I would say it was unacceptable that youngsters put up such obnoxious display on the cricket field,” he noted.

Mohammad Azharuddin, who led India in 47 Tests, was also critical of both the teams. “How can you do this? You just keep abusing the opponent, right through the game, in the name of playing hard. Australians played hard always but without getting personal. We had fast bowlers who did not believe in using cuss words to pump themselves up or upset the batsmen.”

Kapil, one of the greatest the game has known, wanted the youngsters to remember that they represent the country and have to set examples. “You all can lip read what they were uttering. I don’t want to take names but it was unpleasant to see. The boys were wasting their energy by indulging in needless sledging.”

Another great, Sunil Gavaskar, has always been critical of the poor behaviour on the field by modern cricketers. He would never fail to question the act of bowler abusing the batsman on getting his wicket.

Kapil also held similar views. “When you have got the batsman out what is the need of cursing him. Haven’t you won your battle by getting him out?” he asked.

Kapil and Azharuddin wanted the Board and the coaches to act fast. “I would like to see the Board to take some strict action to set an example. Cricket is not about abusing the opponent. I am sure there is enough reason for these youngsters to be dealt with firmly,” said Kapil.

Azharuddin hoped the support staff was asked to explain. “I would take action against the errant players but also want to know what role has the support staff played in educating the youngsters. Act before it is too late. These youngsters are the future of Indian cricket. They have to be disciplined.”

If KXIP triumphs, Tye may do the ‘shoey’

It might not be the most hygienic thing in the world, but Kings XI Punjab’s Andrew Tye wants to bring the ‘shoey’ to cricket if his side wins the IPL this year. The ‘shoey’ is an Australian tradition of drinking champagne from the boots, quite popular in the world of motorsports, thanks to F1 driver […]

England fast bowler James Anderson has been ruled out of the second Ashes Test due to a calf injury, the country’s cricket board (ECB) said on Tuesday. Anderson, who had struggled to be fit for the series opener against Australia at Edgbaston, pulled up injured on day one of the first Test, which the hosts […]