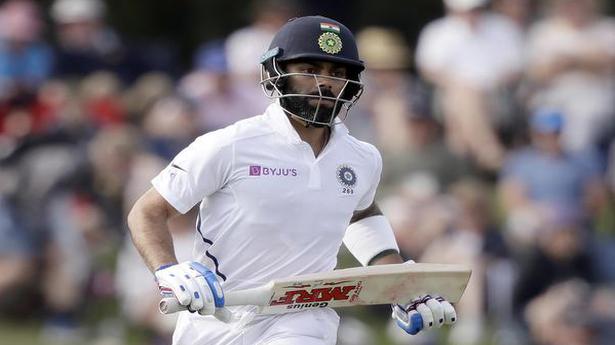 Kohli will miss the Boxing Day Test in Melbourne, New Year’s Test in Sydney and the final game at the Gabba.

Australia head coach Justin Langer has hailed India captain Virat Kohli for taking paternity leave during the tour Down Under but conceded that his absence will definitely affect the visitors during the much-anticipated Test series for the Border-Gavaskar Trophy.

Kohli will return home after the opening Test, which ends on December 21. He has been granted paternity leave by the BCCI to be with his actor wife Anushka Sharma for the birth of their first child in early January.

Langer said he respects Kohli for putting family ahead of cricket.

“Virat Kohli is probably the best player I’ve ever seen in my life for so many reasons, not only batting but his energy and passion for the game, the way he fields,” Langer told reporters by video conference on Friday.

“I cannot believe he displays the energy he does in everything he does and I’ve got so much respect for him. I’ve also got respect for him in the sense that he’s made this decision (to return for the birth).”

“He’s a human being like all of us… if I was giving advice to any of my players I would always say never, ever miss the birth of your children because it is one of the great things you’ll ever do,” the former Australia opener added.

Langer said Kohli’s absence will definitely impact India but they cannot afford to lower their guard.

“Of course it will have an impact (his absence), but we also know that India beat us last time (in 2018-19). They’re a very, very good team, we cannot get complacent for a second with or without Virat,” Langer said.

India’s tour of Australia begins with three ODIs, followed by as many T20 Internationals and four Tests. While the first ODI will be held on November 27, the opening Tests is scheduled on December 17 in Adelaide.

Lyon says India will still be strong without Kohli

Test specialist Lyon said he is obviously disappointed to get limited opportunity to get a crack at Kohli, who is considered one of the best batsmen in the world.

“Look at Pujara, Rahane, and they have also got a couple of young guys coming in. It’s still going to be a massive challenge for us,” Lyon was quoted as saying by Fox Sports.

“Just because Virat’s not here doesn’t mean we get to hold the trophy up. We’ve still got a lot of work to do, a lot of homework to do,” he added.

England’s fast-bowling sensation Jofra Archer says cricket fans who resort to racist abuse should realise times have moved on and the world is a much more multicultural place. The 24-year-old Barbados-born bowler has quickly become a favourite with the England fans since he became eligible to play for his adopted country earlier this year. The […]

The news will be a massive financial blow to embattled CSA and also casts doubt on their ability to host future tours England’s One-Day International series against South Africa has been cancelled after reported breaches of the teams’ bio-secure environment in Cape Town, Sky Sports reported on Monday. One South Africa player and two hotel […]