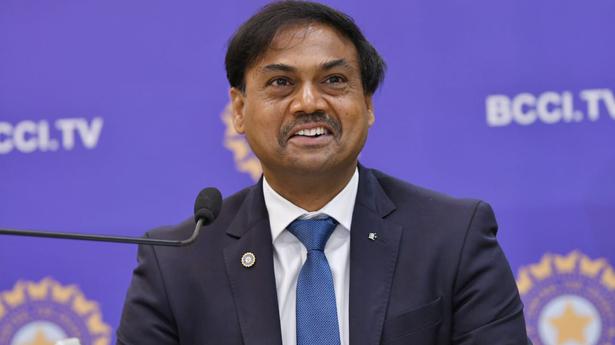 Bengal wicket-keeper Wriddhiman Saha has been preferred over Andhra’s promising Kona Srikar Bharat for the two-Test series against West Indies to be played in Antigua and Jamaica in August-Septmeber.

The Chairman of the BCCI’s senior national selection committee, M.S.K. Prasad, said in Mumbai on Sunday that the 34-year-old  Saha (32 Tests,1164 runs, 3 centuries, 75 catches, 10 stumpings) had gone out of the team only because he was injured, during the Cape Town Test against South Africa in January 2018.

Fast bowler Jasprit Bumrah has been rested from the ODIs and T20s and he will join the team before the two-Test series in Antigua. Prasad also pointed out that all-rounder Vijay Shankar is under rehab for his toe injury and Prithvi Shaw is recovering from a hip-related injury he suffered during the Mumbai Premier League.

Elaborating on the selection of the team for the Test series, Prasad said: “K.S. Bharat was very close to getting selected, but we have an unwritten norm that when an established cricketer gets injured and stages a comeback, an opportunity should be given to him. That’s the reason we have given an opportunity to Saha.

“But with the stellar performances that Bharat has given for India A in the last year with three centuries and 50 dismissals which is fantastic, we will be looking at (Rishabh) Pant, Saha and Bharat for Test cricket for some time. The discussion of who will play the Test series is there, but Pant has not done anything wrong  for his non-inclusion in the playing XI. Pant is going to play all formats and so we have to see his work-load management,” said Prasad after his committee chose three teams for the T20, ODI and Test series to be played in the West Indies from August 3.

While the likes of Virat Kohli, Rohit Sharma, K.L. Rahul, Ravindra Jadeja and Pant feature in all three teams, a notable name missing from the full tour is all-rounder Hardik Pandya, who played nine matches in the recently concluded World Cup, scored 226 runs and took ten wickets. Pandya was rested for the full tour of Australia last year after he had hurt his lower back during the Asia Cup in the UAE. Without specifying the actual nature of the physical impairment, Prasad said that Pandya has been put through a certain programme.

The teams for the three-match T20 and ODI series each has been selected on the basis of the players showing in the World Cup and for India A. “We have to reward the players’ performances for India A. Manish Pandey and Shreyas Iyer have been phenomenal and so is Navdeep Saini. Shubman Gill went as replacement for Rahul in New Zealand and since Rahul is back in the team, we will consider Gill in the future,” explained Prasad.

Opener Shikhar Dhawan has recovered from the thumb injury he suffered against Australia during the World Cup and has been an automatic choice for the T20 and ODI series. Prasad said batsman and part-time off-spinner Kedar Jadhav has not done anything wrong to be overlooked for the ODI team.

The Bangladesh Cricket Board on Tuesday banned former national team fast bowler Shahadat Hossain for five years, two of them suspended, after he assaulted a teammate in a match. The temperamental Shahadat was reported by umpires after he was seen to slap and kick a teammate during a National Cricket League match on Sunday. The […]

Australia’s head coach Justin Langer on Monday said he felt “physically sick” in the aftermath of the heartbreaking defeat to arch-rivals England in the third Ashes Test at Headingley. When all seemed lost for the hosts, Ben Stokes conjured up his magic to pull off a stunning one-wicket win with a 135-run knock at Leeds. […]

Sri Lanka won the toss and elected to bat against India in their last league match of the World Cup in Leeds on Saturday. India have made two changes. Yuzvendra Chahal and Mohammed Shami have been rested, and Kuldeep Yadav and Ravindra Jadeja come in as their replacements. Sri Lanka have made just one change, […]