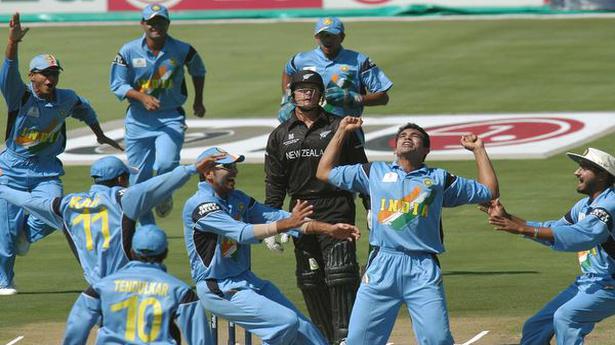 Abid Ali’s rearguard, in the company of the tail, took India to 230 in 60 overs. But Glenn Turner (114 not out) took the Kiwis over the line with four wickets and seven balls remaining

Asked to take strike, the Indian batsmen never got going and were bundled out for 182. With openers John Wright and Bruce Edgar adding 100, New Zealand breezed home in 57 overs, losing just two along the way

Needing to win big to avoid playing Pakistan in the semifinal in Lahore, India found heroes in Chetan Sharma, who performed the first hat-trick in the World Cup and the first by an indian in ODIs. Gavaskar then slammed his only ODI ton (103 n.o. 88b, 10×4, 3×6) as he and Srikanth (75) ensured the hosts cruised home in 32.1 overs, losing just one wicket

India stuttered to 230, riding on the shoulders of Tendulkar (84) and Azharuddin (55). Crowe’s brilliant move-having Greatbatch go full throttle in the first 15 overs-worked as the opener smashed 73 off 77 balls. The ice-cool Jones, with an undefeated 67, took the hosts home with four wickets and 17 deliveries remaining

Deciding to bat first, riding on Ajay Jadeja’s 76 India made 251. Then Matt Horne (74) and Roger Twose (60 not out)piloted the Kiwis to victory with five wickets to spare in the 49th over and qualify for the semis

Once Zaheer Khan sent back Craig McMillan off the second ball of the match, it was a procession as the Kiwi batters couldn’t come to terms with the Indian attack comprising Zaheer, Srinath, Nehra and Harbhajan. Despite losing three quick wickets, Kaif (68′) and Dravid (53) chased down 146 with ease

‘It is about getting an opportunity’

Since 2017, Gurkeerat Singh has earned only five caps in the IPL. In the 2017 season, Gurkeerat played two matches for Kings XI Punjab, but didn’t get to bowl or bat in either outing. Last year, he was selected by Delhi Daredevils for ₹75 lakh, but didn’t get a game. Heading into Saturday’s clash against […]

Mitchell Starc is taking the legal route to get $1.53 million of his IPL contract paid out after he failed to play any game for his franchise Kolkata Knight Riders (KKR), according to a report in the Sydney Morning Herald. Injured Starc was injured in last year’s ill-fated Test series against South Africa. According to […]