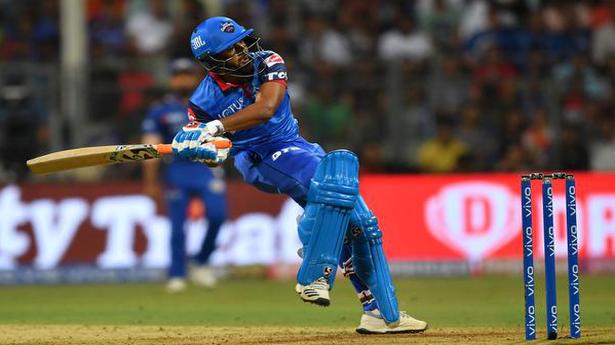 He may not have been able to translate his phenomenal IPL success to the white-ball formats in international cricket, but Rishabh Pant returned to the IPL frenzy with a blitzkrieg that silenced a packed Wankhede Stadium on Sunday and helped Delhi Capitals kick off its campaign on a high.

Pant’s unbeaten 27-ball 78 set up Capitals’ 37-run win. After struggling with the short-ball ploy early in his innings, Pant decimated the MI pacers, including Jasprit Bumrah.

With the World Cup around the corner, the knock may help Pant push his case for the reserved wicketkeeper-batsman’s slot.

Yuvraj Singh, the veteran whose fifty on MI debut went in vain, didn’t want to enter the World Cup selection debate but hoped Pant can be groomed for the future.

“I can’t say about selection, but Rishabh was outstanding today. He had an outstanding season last year,” Yuvraj said. “He is playing well in Test matches as well. To score two hundreds overseas at such an age shows character. It is important we groom him well and hope he is the next big thing for us.”

Pant’s teammate Colin Ingram was also stunned by his onslaught, that helped Capitals add 99 runs in the last six overs.

“Last year I watched him (Pant) from the couch and he seemed in similar form. It is a great sign for us that he is in good form, because he is match-winner on his day and we saw that (even today),” Ingram said.

West Indies batsman Chris Gayle has said no to playing the three ODIs in India next month and rather wants to focus on his plans for the next year. West Indies are scheduled to play three T20s and as many ODIs in India starting December 6. He is also unlikely to feature in the T20 […]

His team’s PlayOff chances all but over after six consecutive losses, Kolkata Knight Riders captain Dinesh Karthik said questions will come up about him and the team but that will not deter both from “setting things right”. “Obviously when the results do not go your way these questions (about captaincy) will be asked. But as […]