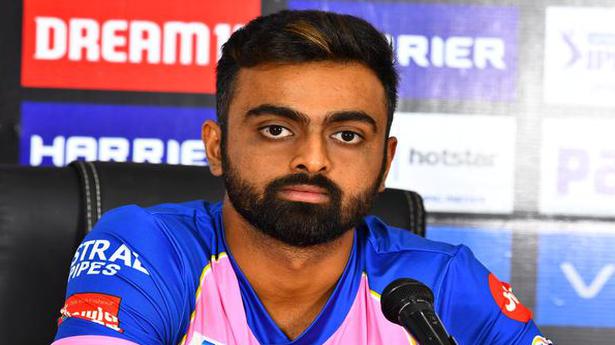 Sunrisers Hyderabad head coach Tom Moody said that were hopeful of captain Kane Williamson being available (who missed the first game due to injury) for selection against Rajasthan Royals.

“It is always a joy to play in front of home crowds with the Orange Army supporting us in a big way. There has been dramatic increase in the fan base and this lifts the energy levels of the players,” Moody said.

“We will see how he responds tomorrow (Friday) morning,” he added.

In the pre-match briefing on Thursday, Moody said the pitch looked like a batting surface and that toss may not be critical. “We are happy to set a target or chase one,” he said.

“Royals is a quality side with lot of match-winners like all other teams in the IPL. It is a well-balanced outfit. Every single game is crucial and even if an inch of space is given, any team can lose the contest,” the head coach said.

“We failed in our execution of plans in the closing overs. But, there is no need to read too much into that over when Andre Russell scored those runs in Kolkata. But you should remember we got him cheaply quite a few times earlier,” Moody said.

Royals pacer Jaydev Unadkat said that they were not looking up to only the in-form Jos Buttler. “Yes, anyone can learn watching him play and build partnerships.

“But, we are looking for every individual to contribute. A collective effort is needed,” he said.

“We hope not to make the same mistakes from the game against Kings XI where we saw a collapse once Buttler got out. We should do well tomorrow,” he said.

On the possibility of Rahul Tripathi batting up the order, Unadkat said it depended on what the coach or the captain prefer. “I think they see Rahul as a batter who can play in any position and not necessarily at the top,” he said.

Unadkat said that they have left behind the R. Ashwin episode (running out Jos Buttler) and just wanted to move on. “It didn’t have any impact on the team. It is important to focus on the games ahead,” he said.

Eventually, it turned out to be a smooth ride to the finish-line for the Kolkata Knight Riders. Needing a victory to stay alive in the race for the last available playoff-berth, KKR chased down the target of 184 set by Kings XI Punjab with seven wickets and two overs to spare. The defeat dashed Kings’ […]

Ben Stokes and Jofra Archer promise a glittering Test future for England but Joe Root’s men have work to do if they are to replicate their World Cup success in the five-day game. Their summer threatened to finish with a whimper going into the final Ashes Test at the Oval before a comprehensive victory over […]