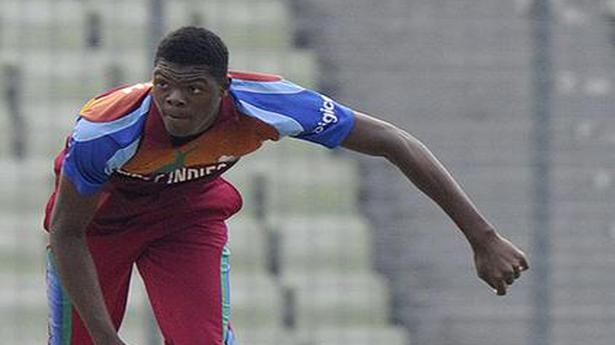 Alzarri Joseph, the young Caribbean fast bowler, has been roped in by Mumbai Indians as replacement for the injured Kiwi Adam Milne.

Joseph was shortlisted as a replacement last week even before Mumbai Indians head coach Mahela Jayawardene revealed that Milne was out of IPL-12 owing to a heel injury. The IPL confirmed the replacement through a statement on Thursday.

Joseph’s addition will be a big relief to Mumbai Indians. With Lasith Malinga’s availability being uncertain and Australian left-armer Jason Behrendorff yet to join the franchise due to his international commitments, MI doesn’t have too many back-ups in the pace department.

Joseph, considered a genuine fast bowler, has played nine Tests and 16 ODIs. The franchise will expect Joseph to live up to his potential during his maiden IPL stint.

Delhi Capitals captain Shreyas Iyer won the toss and opted to field in their IPL match against Kolkata Knight Riders here on Saturday. Delhi Capitals made four changes from their previous match with Hanuma Vihari, Harshal Patel, Chris Morris and Sandeep Lamichhane making it to the playing eleven. KKR made only one change with Nikhil […]