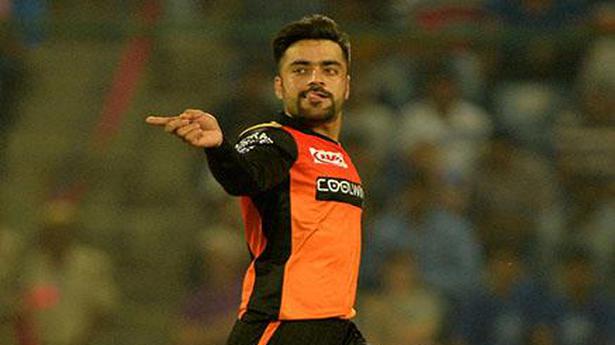 The leg-spinners are buzzing again in the IPL, deceiving the batsmen in flight and turning the ball both ways.

In fact, the best way to slow down run-rate in Twenty20 cricket is to dismiss batsmen. Essentially an attacking breed, these leg-spinners have altered scripts with their strikes.

None more than Chennai Super Kings’ ageless Imran Tahir. He has 17 scalps in 12 games at an impressive economy rate of 6.50.

The South African bowls with heart, craft and passion and his googly, quicker though the air and hurrying into the right-hander, is a potent threat.

Apart from the leg-break and the googly, these leg-spinners possess the flipper, the back-spun ball that keeps low and hurries after pitching and the top-spinner, a forward spun ball delivered with a high-arm action, that goes through straight and bounces more.

Another key factor is the spin or the revolutions the bowler imparts on the ball, which enables it to dip or drift.

A wrist spinner can turn the ball on any surface, is not dependent on the pitch; a huge advantage over finger spinners. Take for instance Yuzvendra Chahal of Royal Challengers Bangalore.

He has 16 scalps in 12 games at 8.04. His action is a little round-armish and he often gets the ball to skid through.

Chahal’s strategy in T20 cricket is also to bowl a little wider, outside a batsman’s hitting arc, and turn the ball. The batsmen often walk back stumped. The batsmen are invariably seeking to unleash the big blows against the leg-spinners and often perish attempting to hit against turn.

While the batsmen often succumb to the leg-spinner’s stock ball — the leg-break — they also do not have time to pick variations.

Sunrisers Hyderabad’s Rashid Khan has thrived season after season — before Monday’s game, he had 11 wickets in 11 games at 6.27. He has, arguably, the most well disguised googly among all contemporary leg-spinners and does bowl an effective top-spinner.

Shreyas Gopal with 15 wickets in 12 games at 7.30 has struck some telling blows for Rajasthan Royals, bowling intelligently, varying his pace and foxing the batsmen with turn and bounce.

Rahul Chahar has impressed with his high-arm action and bounce, so has Nepal’s Sandeep Lamichhane, an exciting prospect with flight and variation.

The experienced Piyush Chawla and Amit Mishra and the younger Murugan Ashwin have had their moments too.

The leggies, despite the powerful bats and the smaller boundaries, are in business.

It’s mind over matter for Badrinath

Russell is much more than a six machine

Andre Russell is not just a big, mean machine that churns out sixes. There is a lot of thought process behind his mayhem in the middle. When he surfaced in the international cricket in 2010, Russell was essentially a fast bowler — he could generate considerable speed — who could also swing his bat around. […]

It should come as no surprise that W.V. Raman has authored a book. The former India opener has always been one of the shrewdest voices on cricket, forthright and informed in his opinion and never shy of expressing it. In ‘The Winning Sixer’, released formally by Anil Kumble here on Thursday, Raman has drawn on […]