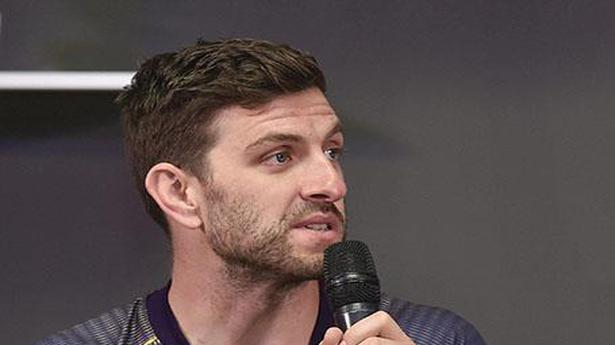 Speaking from his experience of playing in different T20 leagues around the world, English left-arm pacer Harry Gurney feels Kolkata Knight Riders can fight back in the second phase of the Indian Premier League.

Gurney, who has played in T20 leagues in Australia and Pakistan, hoped that despite facing three consecutive losses KKR, which had eight points, could come back strongly. “The small break has come in good time for us. Any T20 tournament you play around the world, the second stage is important.

“Actually, it’s amazing how often you see the teams that run away with it in the group stages don’t end up going on to win a trophy. We are not too down in the dumps. We know we are a good team and are excited about the next few matches,” Gurney told reporters here on Wednesday.

KKR might not have lived up to its potential in bowling, claiming only 30 wickets in eight matches, but Gurney felt the team needed to perform as a unit. “I think with bat and ball you are always striving for your perfect game. We got close to that probably against Rajasthan (Royals) and we know we are capable of as a group.

“For the last six matches of the season, if we can turn up and pull it all together with bat and ball, then we are going to be a tough to team to beat.”

About KKR’s next outing against Royal Challengers Bangalore here on Friday, Gurney said his team would not be get fixed with Virat Kohli and AB de Villiers. “In IPL whoever you play against, there are several world class players. Kohli and de Villiers are obviously two of the best in the world. It’s important not to underestimate the rest of the batting line-up,” he said.

A shot in the arm: Mayank

Mayank Agarwal says Kings XI Punjab will go into the next game with a lot more confidence in its batting unit after the eight-wicket win against three-time champion Mumbai Indians. Agarwal earned the Man-of-the-Match award for his sublime strokes in the middle. “The idea was to play good cricketing strokes. You need to play good […]