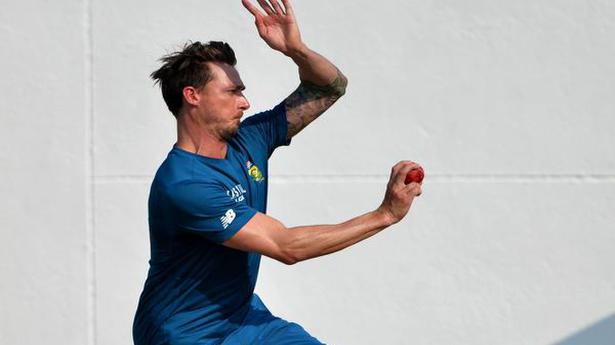 Steyn last played for RCB from 2008 to 2010. He joined Deccan Chargers in 2011. He has also played for Sunrisers Hyderabad and Gujarat Lions. A shoulder injury kept him away from the 2017 edition. He went unsold at the players’ auction in 2018 and 2019. His presence could greatly help the team address its bowling woes. RCB plays Kings XI Punjab in Mohali on Saturday and faces Mumbai Indians on Monday.

Meanwhile, Kings XI’s Ankit Rajpoot has been ruled out for Saturday’s match owing to a finger-injury. Coach Mike Hesson confirmed on Friday the medium pacer suffered a split-webbing against Mumbai Indians.

Hesson also hinted at the possibility of the in-form duo of Chris Gayle and Mayank Agarwal being match-ready on Saturday. Gayle is nursing back-spasms and Agarwal is eyeing a return after missing a match due to a finger-injury.

The Cricket Advisory Committee (CAC) of the BCCI is set to interview five candidates for the two vacant posts in the senior men’s national selection committee on Wednesday. While BCCI president Sourav Ganguly reiterated that the “new selection panel will pick the team for the South Africa series,” the five who will appear for the […]

The Punjab government has ordered an inquiry into the allegations levelled by veteran India player Harbhajan Singh that delay in paperwork on the part of the State’s sports department was the reason for not getting prestigious Khel Ratna Award. The off-spinner’s nomination for the Khel Ratna award has been rejected by the Ministry of Youth […]

Dale Steyn is determined to be part of South Africa’s squad for the T20 World Cup in Australia in October and November after switching his focus from Test cricket to the shortest form of the game. South Africa’s all-time leading Test wicket-taker will be 37 by the time the global showpiece starts and has not […]