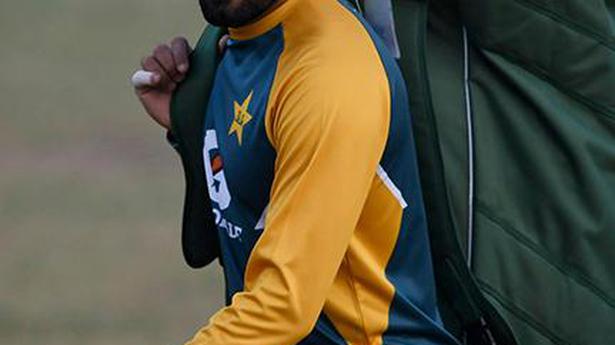 Now that another IPL has passed into history, it is time to ask the question that has been dancing on the edges of the tournament for many years: when will Pakistani players be allowed to take part? Their finest, Babar Azam, is the No. 2 batsman in the T20 format while Imad Wasim is among the top 10 bowlers.

Other exciting players like Shaheen Afridi, Mohammed Amir, Naseem Shah may or may not have set the stadiums alight in the UAE, but they would have added another dimension to the IPL.

It is unlikely that the two countries will play a bilateral series any time soon; the Pakistan Cricket Board chief executive doesn’t see that happening till 2031 at least.

The precise year because that is when the next Future Tours Programme (FTP) cycle ends (2023-2031). India has a good argument for insisting that there cannot be normal sport played against an abnormal society.

But the IPL is another matter. Here, players take part in their individual capacities and not as representatives of their national teams. It is not ‘Pakistan’ playing, but a bunch of young men born in that country.

India host the T20 World Cup in October next year. Four years ago Pakistan played the tournament when it was held in India, just as they played the 50-over World Cup which India won at home in 2011.

Political and diplomatic relations between the countries have lurched between disastrous and unrecoverable in the decade since, and no one who suggests that bilateral tours should be resumed is likely to get a New Year card from either government. No one is suggesting that either. Currently, if not at its nadir, the relationship is close to it. So that’s out of the question.

There are always concerns about security when the national teams meet, and as the Sri Lankans whose bus was shot at when they toured Pakistan in 2009 will tell you, that is not worth taking a chance on.

Pakistan didn’t host a Test for a decade till Sri Lanka returned to play two last year and Bangladesh a one-off earlier in February this year. Zimbabwe and West Indies played T20 series there in that period.

But the IPL is a different kettle of fish. The tournament is comparable to Formula One racing, where the drivers don’t represent their countries but their commercial teams and sponsors.

World champion Lewis Hamilton is a Mercedes driver; that he is from Britain is merely incidental. Likewise, Kimi Raikkonen drives for Alfa Romeo. He was a Ferrari man when he won the title more than a decade ago. He is from Finland, but that matters only on his passport.

To digress, that might be the direction sport is moving in, with commercial and club interests, however temporary, becoming more significant than nationality.

In Formula One, team owners ask two questions of their drivers: Can he drive? Can he win? Answered in the positive, the former gets you a job. But if it emerges that the answer to the latter is negative, then out you go. It is that simple.

The IPL is similar. Cricket is a team sport, but you either deliver or you move on. There is no middle path. Even legends like Rahul Dravid, Sourav Ganguly and Dale Steyn, despite their excellent international records, were let go by their teams when the answers didn’t appeal to the owners.

The IPL franchises were never officially told they couldn’t pick players from Pakistan as public anger rose following the Mumbai terrorist attacks in November 2008. They preferred discretion to valour, and came to an understanding.

In the inaugural IPL, Pakistan’s Sohail Tanvir played a key role in Rajasthan Royals’ title triumph with the most wickets, 22, including six for 14 against CSK which remained the record for a decade.

Players who were born in Pakistan but represented other countries or had foreign passports have played in the IPL, so the unofficial ban is based on what the passport says.

Imran Tahir (South Africa), Owais Shah (England), Usman Khawaja (Australia), Azhar Mahmood (British passport) have all played in the IPL. This year, there was Ali Khan, born in Pakistan, and a US national player who was in the Kolkata Knight Riders squad.

Nor does the ban extend to playing each other in ICC tournaments like the World Cups.

After all, who gets to play is entirely a matter for the IPL and its franchises to decide. But the Pakistan question is one that needs to be revisited annually.

Why is BCCI upset over ICC’s new event cycle?

The story so far: At the board meeting of the International Cricket Council (ICC) in Dubai on October 13-14, days ahead of the election of the Board of Control for Cricket in India (BCCI), the ICC passed a resolution to stage “one men’s ICC event year” for its next event cycle from 2023 to 2031, […]

India should know which tournament is more important

‘Workload’ is a popular buzzword in sport; it has been around for a while, but India’s cricket authorities have only recently latched on to it. Fast bowlers’ workloads are being ‘managed’, batsmen are given rest periodically, and bowlers are ‘rotated’. This is in keeping with modern practice. However, it has revealed a disturbing hierarchy of […]

The Tamil Nadu Cricket Association on Monday expressed its willingness to host domestic competitions in Chennai after the BCCI wrote to State associations outlining its plan to conduct a curtailed domestic season. The TNCA also stated its preference to start the season with the Syed Mushtaq Ali T20 tournament, followed by the Vijay Hazare one-day […]