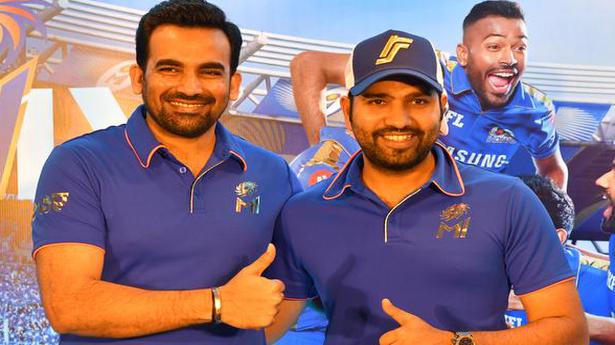 Virat Kohli may have stated that the Indian Premier League (IPL) form will have no bearing on the World Cup selection. However, Zaheer Khan, the legendary left-arm pacer, feels it will certainly be a factor to freeze one or two slots still open in India’s World Cup squad.

“Well, you look at the past. Has the IPL helped the selectors identify players? The answer is ‘yes’. Has someone been picked on the basis of his performances in the IPL? That answer is also ‘yes,’” said Zaheer, in his new avatar of the Director of Cricket Operations, Mumbai Indians, at the franchise’ pre-season interaction on Tuesday.

“For the World Cup also, those slots which you’re talking about, I’m sure that form is going to matter. I think everyone is very keen and upbeat to grab that spot.”

With the IPL preceding the World Cup, workload management has been in focus ahead of both the events. Rohit Sharma stressed that the players’ opinion will hold the key while managing their workload.

“I spoke to the players and they say they want lot of games to stay in touch. You take them away from the game and they lose the touch. Some of the players I have spoken to in the Indian team like to be in touch and play. The individuals are smart they know when to rest. They are doing that,” he said.

Adding that a majority of the players want to be in rhythm, Zaheer hoped the workload management discussion can be set aside during the IPL.

“As fans, we have to take this pressure off from them. You don’t want them to play in a tournament thinking ‘Oh, what if I get injured?’ You are creating a scenario where players will think that if I give my 100% and get injured playing the IPL, I will be blamed for that,” Zaheer said.

“It’s everyone’s responsibility to take off the pressure and who guarantees that the injuries won’t happen? One thing I have always endorsed is that playing more matches always helps in that zone and rhythm is not [stopped]. It is [also helps staying in] the pressure situation. If you have to rest a player right now when he doesn’t need rest, is he going to get some intensity in the nets?”

Pakistan’s first Test match at home in over a decade is heading for a tame draw after rain and bad light wiped out almost the entire third day’s play against Sri Lanka at Rawalpindi on Friday. The weather-hit opening Test also had play curtailed on the first two days and not even one innings has […]

IND vs SA first Test: My job is to play in certain manner and I will try doing that, says Rohit

Chief architect of India’s first Test win over South Africa, opener Rohit Sharma on Sunday said that his endeavour would be to play “in a certain manner that his team expects him to”. Playing his maiden Test as an opener, the 32-year-old scored 176 in his first Test innings and then followed it up with […]