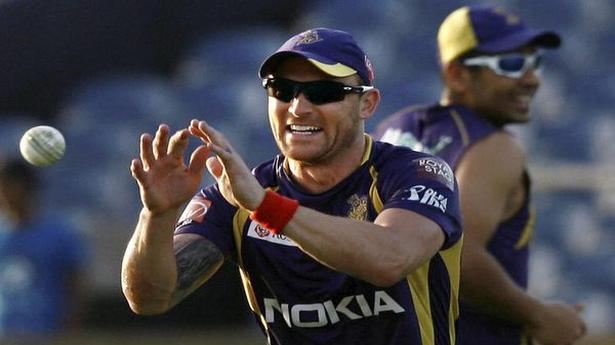 Kolkata Knight Riders have appointed the recently retired Brendon McCullum as their new head coach for the next edition of Indian Premier League in 2020.

He was also part of the Trinbago Knight Riders (TKR) squad in the Caribbean Premier League from 2016-2018, during which TKR won back-to-back championships in 2017 & 2018.

“It’s a great honour to take on this responsibility. The Knight Rider franchise in IPL and CPL have become iconic and have set the standard in franchise cricket. We have fantastic squads in both KKR & TKR and I along with the support staff will be looking to build on the successes both franchises have enjoyed,” McCullum said.

KKR CEO Venky Mysore said McCullum has been an integral part of the Knight Riders family for a long time. “His leadership qualities, honesty, positive & aggressive style, combined with his natural ability to bring the best out of the teams he has been part of makes him ideally suited to lead KKR & TKR as a Head Coach.”

A ploy to limit ways of getting out: Smith

His unorthodox batting stance has left many befuddled, but Steve Smith says though it depends on a number of factors, he generally positions himself outside the off-stump to limit ways in which he can be dismissed. Smith, the World’s No. 1 Test batsman, has amassed 7227 runs in 73 Tests and 4162 runs in ODIs […]

Harmanpreet’s words stirred me up: Poonam

It was a stinging rebuke from skipper Harmanpreet Kaur during the tournament opener against Australia that fired up Poonam Yadav, who eventually played an instrumental role in India’s march to its maiden Women’s T20 World Cup final. The 28-year-old Indian has emerged as India’s wrecker-in-chief with nine wickets, including a four-wicket haul in the opening […]