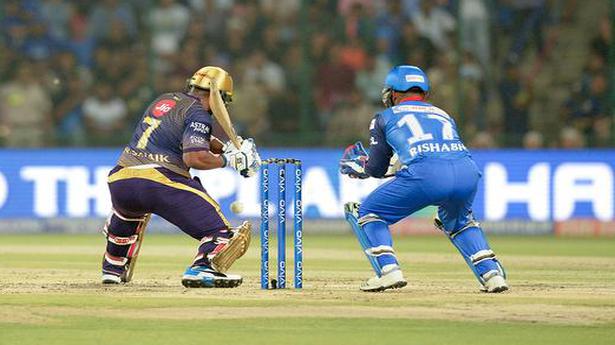 Wicketkeeper-batsman Rishabh Pant was on Sunday caught in the eye of a storm owing to an edited stump microphone clip from an IPL game which went viral on social media but was dismissed by the BCCI as “misconstrued”.

The less-than-a-minute long clip was from Saturday night’s match between Delhi Capitals and Kolkata Knight Riders.

It shows Pant, from behind the stumps, saying “yeh to chauka hai” (this is a boundary) as KKR’s Robin Uthappa took guard against Sandeep Lamichhane.

“No one heard what Rishabh said before that particular sentence. He was apparently telling (Delhi Capitals captain) Shreyas Iyer to increase fielders on the off-side to stop an imminent four,” a top BCCI official told PTI.

The next delivery was pushed through the covers for a boundary and the edited clip of Pant’s purported prediction started doing the rounds.

The BCCI official said that it was “very unfortunate” that social media ran an incomplete clipping.

Pakistan’s out-of-favour wicketkeeper Umar Akmal could face disciplinary action after he reportedly asked a trainer “where is the fat” while exposing himself completely during a fitness test. The matter has been reported to the Pakistan Cricket Board (PCB) and according to an ESPNcricinfo report, they are fully aware of the incident that took place at […]

New Zealand opener Martin Guptill on Friday said his team will look to pump up the aggression against Indian spinners during the second ODI in Auckland on Saturday in pursuit of an early series win against the fancied visitors. The Black Caps chased down their highest-ever total in ODI cricket at Seddon Park on way […]