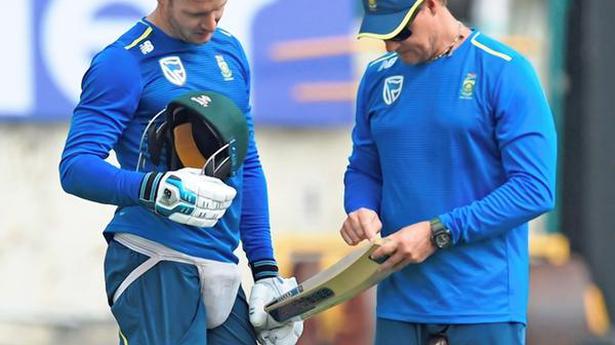 With an eye on the 2020 World Cup in Australia, it is experiment time for the Indian selectors and the team’s think-tank.

Captain Virat Kohli is excited about the prospects. Talking to mediapersons ahead of India’s first T20 match against South Africa in the three-match series here on Saturday, Kohli said, “Whenever there is a world tournament coming up, it is like a milestone and you start preparing from backwards.

“These are opportunities where we can try various combinations with new people around — check their ability, character and composure to perform at the international level.

“So I think it’s about finding the best balance that we can as a side and not necessarily stick to one combination. If all teams across the world are batting till No. 9, 10 why can’t we?”

David Miller, the most experienced player in the South African squad looked at the brighter side of the young team.

“We’ve got a lot of energy in the squad. There are actually a lot of guys who have played a lot of cricket, in the A-side and domestically.

“So, all of us are really, really experienced in each department and it’s just a great stepping stone. We’ve come here to win and we’re looking forward to making our mark.”

Asked about Quinton’s de Kock’s captaincy, Miller said, “He’s been around for many years, and he’s got an incredible cricketing brain. It’s really nice to be alongside him and supporting him in whatever role he wants me to do.

“Yeah, it’s been great so far and hopefully it continues.”

A helping hand for Poonam’s feet

There’s a joke in the India women’s dressing room that when the ball is in Poonam Yadav’s hand only the ball can be seen, not her palm. But such is her wrist-work that she flummoxes the batters as frequently as she struggles to buy shoes for her little feet. Even as she trained to bowl […]

Kerala Tourism plans to bowl over cricket fans in U.K.

Tourism planners leave no stone unturned to promote a destination. The 2019 ICC Cricket World Cup in England is no different for Kerala Tourism. Its new 12-day campaign specifically targets the citizens of the United Kingdom and cricket fans glued to television. Its recently released global campaign ‘Human by Nature’, which celebrates people and nature […]