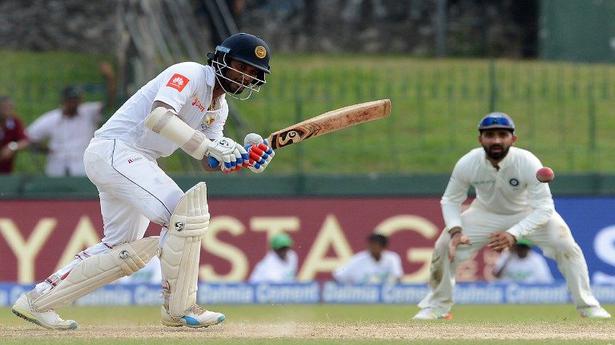 Veteran pacer Lasith Malinga was sacked as ODI skipper with Sri Lanka Cricket (SLC) on Wednesday naming Test captain Dimuth Karunaratne to lead the country at the 50 over World Cup in England beginning May 30.

The World cup squad will be announced Thursday, SLC said.

“Karunaratne’s appointment was ratified by the Minister of Telecommunications, Foreign Employment and Sports Honorable Harin Fernando,” Sri Lanka Cricket said in a release. The 31-year-old Karunaratne, who didn’t play a single ODI since the 2015 World Cup, has only featured in 17 ODIs and averages 15.83 with a high score of 60.

He will replace Malinga, who had captained the team during the 0-5 loss to South Africa in the ODI series.

Malinga, who led Sri Lanka to a World T20 trophy in 2014, had personal disagreements with the team management and certain senior players, which also soured his stint as captain.

I could not believe it when I got India cap: Saini

An impressive India debut under his belt, fast bowler Navdeep Saini said he could not believe himself when he was handed the India cap to play in the first T20 International against the West Indies here. The 26-year-old Saini starred in India’s four-wicket win by taking three wickets for 17 runs on Saturday. He was […]

Over the last decade and a half, W.V. Raman has coached quite a few teams. He has worked with Tamil Nadu, Bengal, India Under-19, Kolkata Knight Riders and the National Cricket Academy. His newest job has presented him with a fresh challenge — coaching women. Last December, the former India opener took over as coach […]