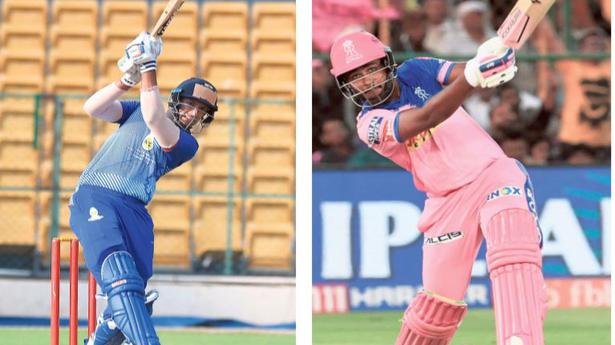 Virat Kohli has been rested, Shivam Dube has earned his maiden call-up while Sanju Samson and Yuzvendra Chahal have been recalled to the India squad for next month’s T20 series against Bangladesh.

The National selection committee, headed by M.S.K. Prasad, met at the Cricket Centre here, with captain Kohli in attendance, to pick the squad for three T20Is and two Tests against Bangladesh.

While the Test squad that swept the series against South Africa has been retained — Shahbaz Nadeem missing out with Kuldeep Yadav having recovered from his shoulder injury — the T2OI squad has four changes from the drawn series last month.

While Sanju has come in for Kohli, the Mumbai duo of Dube and Shardul Thakur have replaced injured all-rounder Hardik Pandya and pacer Navdeep Saini. Ravindra Jadeja has made way for leggie Yuzvendra Chahal, who had been dropped for all the white-ball series after the World Cup.

Sanju, whose only international appearance was in Zimbabwe four years ago, has been rewarded for his scintillating form, including a double hundred for Kerala against Goa in the Vijay Hazare Trophy last week. Despite his abundant talent, Sanju’s inconsistency with the willow had prevented him from being picked in the national team.

Prasad said Sanju had proven his consistency in recent outings.

“The problem with Samson — he was there in the Indian team 4-5 years ago — was inconsistency. In the last one year, however, he has had a fantastic IPL followed by a good India-A series against South Africa and then a wonderful Vijay Hazare as well. He is more consistent now and that is the reason we thought of drafting him in,” Prasad said.

Prasad was full of praise for Mumbai all-rounder Dube, who will be tried out as a like-for-like replacement for the injured Hardik.

“You can see, earlier we had Hardik Pandya, then we also tried Vijay Shankar. All of us unanimously agreed that for the role we have, he (Dube) fits in very well,” Prasad said.

“He bats aggressively, his performances in the India-A series in the West Indies and also against South Africa in the ODIs (for India-A) were phenomenal. He has improved by leaps and bounds, and we are convinced about him.”

Squad for Test series against Bangladesh:

The Huddle 2020 | Comparing Kambala athlete with Bolt is unfair: Ashwini

Asian Games medallist Ashwini Nachappa termed the social media driven zeal to equate Kambala athlete Srinivasa Gowda’s performance to that of Usain Bolt a disservice to both. In conversation with The Hindu’s Sports Editor K.C. Vijaya Kumar at The Huddle, the Arjuna Awardee and Olympian said: “Both are about sprinting and speed, but to compare […]

India skipper Virat Kohli was on Tuesday named in the Asia XI squad, which also features Rishabh Pant and Mohammed Shami, to take on a World XI in a two-match T20I series to celebrate the birth centenary of Bangladesh founder Sheikh Mujibur Rahman here on March 21 and 22. The squads: Asia XI: K.L. Rahul, […]