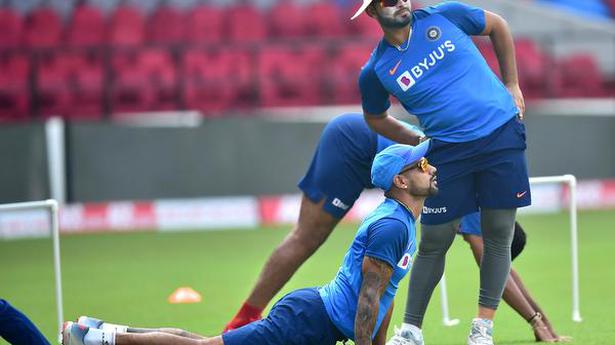 It cannot be easy being Rishabh Pant. Hardly a game goes by without some criticism of his cricket, some withering remark about the need to bat responsibly, or some microscopic analysis of his wicketkeeping technique.

Ravi Shastri spoke of giving him a “rap on the knuckles” for playing a rash shot; batting coach Vikram Rathour felt Pant had to draw a balance between being “fearless” and “careless”.

In the first T20I against Bangladesh in Delhi, the crowd chanted “Dhoni, Dhoni” to express its dissatisfaction with Pant. On Thursday, there was more hand-wringing after the illegal stumping of Liton Das (It is worth noting that the side-on camera is aligned with the crease and not the wicket, and is therefore not ideally placed for such decisions, although that is a debate for another day).

On Saturday, Rohit Sharma spoke out in defence of his colleague, imploring that he be left alone.

“You know there is a lot of talk about Rishabh Pant every day, every minute,” he said here ahead of the third T20I against Bangladesh. “I just feel that he needs to be allowed to do what he wants to do on the field. I would request everyone to take their eyes away from Pant for a while.

“He is a young guy, 22, trying to make a mark in international cricket. Every move he makes on the field, people start talking about him. It is not fair. I think we should allow him to play his cricket, which, actually, he also wants to.

“Focus on him a lot more when he is doing good things also, not just bad things. He has been learning, he has kept well also. He is trying to do what the team management wants him to do. He is a fearless cricketer and we want him to have that freedom. And if you guys take your eyes off him for some time, it will allow to perform even better.”

Pant and Shreyas Iyer, who have batted at five and four this series, were the future of Indian cricket, felt Rohit.

“Both of them are very talented,” he said. “They have great ability in whatever they do. Definitely, [they are] the future of Indian cricket and they have proved that at all levels. Rishabh has been around for a year to two, Shreyas has been in and out, but now he looks settled in ODIs, and is trying to make a mark in T20.

“All I would tell them is just understand your game. Feeling confident about your game is very important. They are working hard. In a year or two you will see them batting differently.”

West Indian Kieron Pollard (34, 15b) became the first player to play 500 T20 matches and only the second player to amass 10,000 runs in the format during the 25-run win over Sri Lanka on Wednesday. Skipper Pollard, who had 9,966 career runs across both international and franchise cricket prior to this game, joined compatriot […]