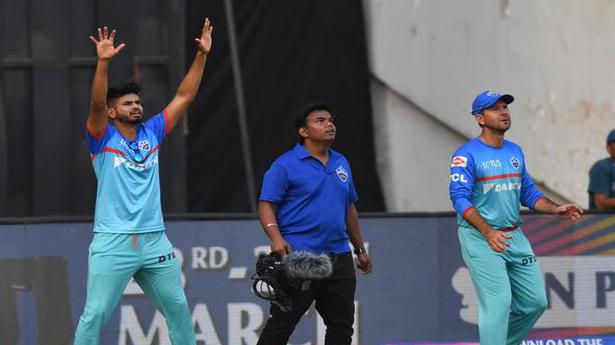 The story of spinners of all variety in 11 IPL seasons has been most fascinating. Those who practise the unnatural and hence difficult art of leg-spin have been the most successful in comparison with the right and left-arm finger spinners.

At the pre-match interaction with the media here at the Wankhede Stadium, Delhi Capitals coach Ricky Ponting highlighted a point that all the eight teams have at least one leg-spinner in their squad, a vast change in thinking from the first season when only five franchises had chosen leg-spinners. And three of the famous names in the first season were Shane Warne, Anil Kumble and Shahid Afridi.

Before the start of this edition, 39 bowlers had sent down leg-spin and the leading wicket-takers in this category are Amit Mishra (146 wickets from 136 matches for Delhi Daredevils, Deccan Chargers and Sunrisers Hyderabad) and Piyush Chawla (140 wickets from 144 games for Kings XI Punjab and Kolkata Knight Riders). Yuzvendra Chahal has taken 82 wickets in 70 matches (one game for MI and 69 for the RCB).

When asked what can be expected in the IPL season 12, Ponting said: “The skills of the modern player keeps changing every year. I mean there is always someone doing something different, like playing a different shot or bowling a slower ball.

“What we saw come through last year was most of the fast bowlers working on their knuckle ball. And every team has got at least one leg-spinner in their team, that’s the trend of the modern T20 game. Leg-spinners are playing such a big part. We have three in our squad. I am not sure if things will change too much, I don’t think things need to change too much. The T20 games are exceptionally exciting to watch.”

India-B registered a 35-run win over India-A in their Women’s Challenger Trophy contest here on Tuesday. After scoring 139 for four in 20 overs, thanks mainly to V. Vanitha (30) and skipper Smriti Mandhana (34), the team restricted Harmanpreet Kaur’s side to 104 for seven. India squad to be named on Sunday The Indian women’s […]

Acknowledging that his job is to “finetune” the players, India coach Ravi Shastri also stressed that the support staff played a huge part in the team’s success. “We all have roles. Our job is to finetune them (players) in every possible way because when you’re on the road, there could be little things that creep […]