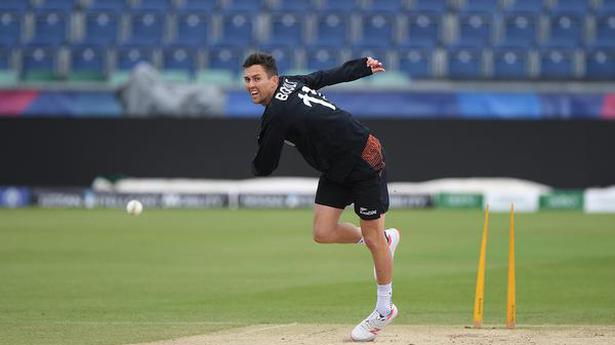 England captain Eoin Morgan won the toss and decided to bat first at Chester-le-Street against New Zealand, a virtual quarter-final.

England named an unchanged side. But New Zealand were without key fast bowler Lockie Ferguson, due to a hamstring niggle, and Ish Sodhi. Tim Southee and Matt Henry were included.

After a bright start, England found itself in a fix as it lost to Sri Lanka and Australia. But the win against India has again boosted the host’s confidence. Both still have a mathematical chance of making it to the last-four even if they lose on Wednesday.

On paper, the host looks a sorted unit, bolstered by the return of Jason Roy.

Against a tough New Zealand side, England needs to play with intensity. While the focus will be on the openers, the middle-order needs to be steady at a time when it matters the most.

For New Zealand, it will be important to fix the opening woes. So far, the seasoned Martin Guptill has looked off-colour, adding pressure on captain Kane Williamson and the middle-order.

As far as the bowling units are concerned, both teams look well-balanced.

While it could be partially cloudy, there is no prediction of rain on match day.

Tamil Nadu gets it right yet again

Tamil Nadu easily defended a moderate target against Rajasthan to notch up its second consecutive win in Group-B of the Syed Mushtaq Ali Trophy cricket tournament here on Saturday. Left-arm spinner Sai Kishore (three for 19), opening the bowling, scuppered Rajasthan’s chase by picking up wickets in each of his first three overs. By the […]

Cricketers across generations play glowing tributes to the last of the fabled Ws Source: thehindu.com Related

Lot to learn from this crisis: Kapil

Lockdown — a word that needs to be drilled into the minds of citizens. “A word,” as former India captain and one of the game’s greatest all-rounders Kapil Dev observes, “that has become the lifeline for mankind. You are supposed to stay at home, so stay at home! It is the least one can do […]