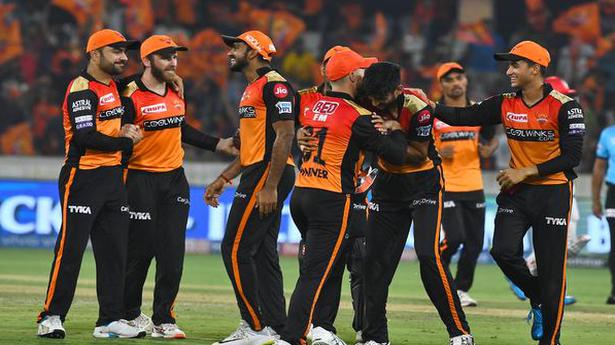 The narrow Super Over defeat to Mumbai Indians shouldn’t mask Sunrisers Hyderabad’s (SRH) teething troubles with its top-order batting as it takes on Royal Challengers Bangalore (RCB) in its final match at the M. Chinnaswamy Stadium on Saturday.

A win against bottom-placed RCB will put SRH (12 points) in pole position to make the playoffs. With a healthy Net Run Rate of 0.653, it already has a head-start. But in the absence of David Warner and Jonny Bairstow, who have made nearly two-thirds of all the runs SRH has scored this season, it is easier said than done. Skipper Kane Williamson’s wretched form (58 runs from seven matches) hasn’t helped either.

It may not have been the start India wanted, but Shikhar Dhawan termed the 10-wicket loss against Australia in the first ODI a “bad day in office”. “We played well against the West Indies where all the batsmen performed. As players, we don’t focus too much on things that are not happening. As a team, […]

Swashbuckling Australian opener David Warner says he was surprised by the yorkers and bouncers of India’s pace spearhead Jasprit Bumrah in the ODI series-opener here. Warner, who remained unbeaten on 128 in his team’s 10-wicket win against India at the Wankhede Stadium, negated Bumrah’s challenge well on January 14. Skipper Aaron Finch also hit a […]