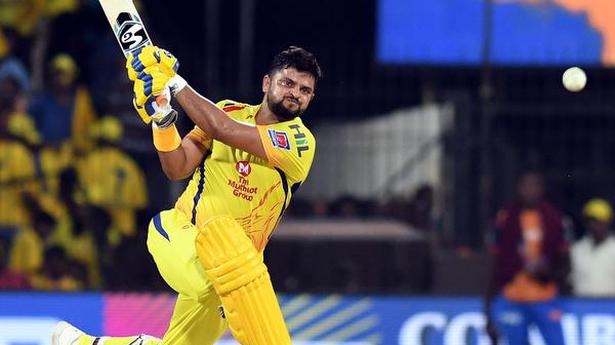 Suresh Raina said it is not losing Dhoni the captain but the batsman that makes it difficult for Chennai Super Kings when the former India captain misses games.

The left-hander, having led the team in two games, added that he will need more of Dhoni’s “calibre” if he gets to captain the team regularly.

In the post-match press conference after CSK beat Delhi Capitals by 80 runs on Wednesday here, he said: “I have done well as captain for Gujarat Lions, and on a couple of occasions for India as well.

“Losing Dhoni as a captain isn’t an issue. Losing him as a batsman is what’s difficult for us. That’s where we faltered against Sunrisers and Mumbai Indians.

“He gives a lot of freedom to other players when he comes in to bat and puts pressure on the opposition.

“I’ve done well as a captain. But you see the difference when he’s not in the team. He’s done really well particularly over the last couple of years.

“You may see more of me as captain next season if he says he’s done and asks me to look after (the team). But I still need more of his calibre.”

Aked if Dhoni has hinted at him taking over, Raina said: “No, not at all; as long as he wants to play. You know how his relationship with Chennai is.”

He added: “When he’s around, he always gives me the right advice. He knows my game. We have batted a lot together for India too. He always gives you the licence and makes you take the right decisions.”

Former batsman Sanjay Manjrekar says he has been “ripped apart on all fronts” by “bits and pieces” of Ravindra Jadeja’s brilliance which brought India within sniffing distance of a win in their World Cup semifinal against New Zealand. Manjrekar, who drew flak for calling Jadeja a “bits and pieces cricketer”, admitted that the all-rounder proved […]

Among players who will attract extra focus at this edition of the IPL will be Australian run-machine Steve Smith. There had been some talk about an elbow injury, but his captain at Rajasthan Royals, Ajinkya Rahane, said he was fit and available for selection. “It is good to have him back at Rajasthan Royals, where […]