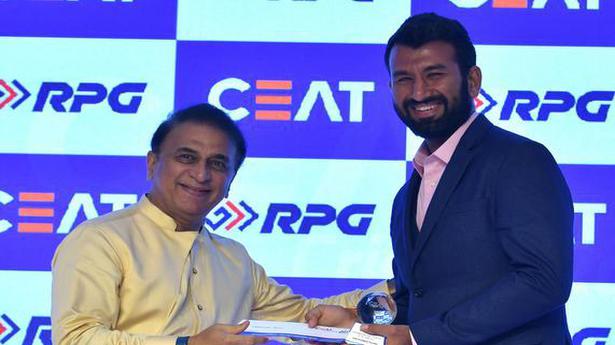 “We go a long way. We have known each other from the days we played the Cooch Behar Trophy and for the Indian Schoolboys. Jimmy (Mohinder) was the best Indian batsmen in the mid-80s.

“He scored 584 runs against Pakistan when Imran Khan took 40 wickets, and scored 598 runs against the fiercest West Indies fast bowlers, both in the 1982-83 season.

“I don’t think any other batsman played fast bowling as well as Jimmy did during that time. He taught us how to play fast bowling,” said Gavaskar.

The batting maestro spoke about the brilliant finish to another IPL season and said he was looking forward to India winning the World Cup.

“I think we have the best possible chance and opportunity to do that. The way we have been combining and playing, I think we have a good chance,” said Gavaskar, who also remembered his first captain, Ajit Wadekar, who died last August.

Harsh Goenka, Chairman, RPG Group, said: “2018-2019 has seen some scintillating cricket being played across the world with some outstanding individual performances.

“The CEAT awards felicitates these heroes who have not only entertained the audience worldwide but have also made their respective teams proud. Congratulations to all the winners. I wish the Indian cricket team the best for the upcoming World Cup.”

Mentally I was ready to open: Rohit

Rohit Sharma revealed he had been “prepared” for the last two years to open in a Test for India. He said after his unbeaten hundred — his fourth in Tests and first as an opener — here on Wednesday, “The talk was on for a long time about me opening the innings. In the West […]

‘Tamil Nadu cricket is in our blood’

For someone with 342 wickets and 2361 runs in Tests, R. Ashwin played with remarkable commitment in TNPL-4. Ashwin led Dindigul Dragons with passion, played in six of the seven league matches, missing one only because he was indisposed. Importance of seniors “I think, we the international stars, have to give something back to Tamil […]