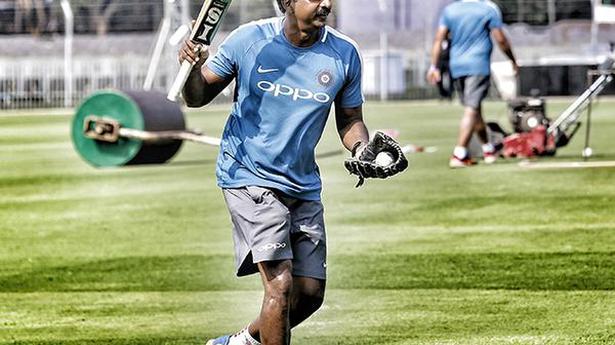 Biju George, who has been appointed chief coach of Trailblazers in the Women’s T20 challenge, said he was looking forward to working with the some of the best talents in the game.

This is his second stint as coach in the Women’s T20 league after having coached Supernovas in the one-off exhibition match last season.

Biju, who has been the fielding coach of the Indian senior women’s team since the 2017 World Cup, is familiar with almost all the Indian players, and felt that this would make his job easier.

“I feel honoured that the BCCI has given me a chance to coach Trailblazers. I have known most of these girls since 2017 as I have worked with them as the fielding coach.

“I don’t have to do anything special as they know how I work. I think the appointment as Trailblazers coach is just a natural progression from my present job,” said Biju, who is currently in Shillong conducting the North East women’s camp organised by the NCA.

Biju said the T20 challenge is a good concept by the BCCI to popularise women’s T20 cricket.

“Women’s cricket has caught the imagination of the public in the last two years.

“The women’s T20 league can definitely make the game more popular in India,” he said.

“The women’s T20 franchisee leagues are held regularly in other countries. I am sure it will be a big hit here as well.

“Hopefully, the women’s T20 challenge will grow bigger and become a full-fledged T20 league in the future,” he said.

Back on the road following their unfulfilled World Cup campaign, India will begin their preparations for the T20 showpiece event next year with a three-match series against the West Indies beginning in Lauderhill on Saturday. As captain Virat Kohli pointed out before leaving for the Caribbean tour, the main objective of the T20s and the […]

Rishabh Pant deserves a spot in the Indian World Cup team, believes K. Srikkanth. “The only slot that is slightly confusing is No. 4. If I was the captain or the chairman of selectors, I’d go for a match-winner. A guy who can win matches from no-win situations. We need such cricketers also. You cannot […]

A Tamil Nadu-Mumbai match in Ranji Trophy is considered one of the marquee clashes in Indian domestic cricket. Come Saturday, yet another such clash is upon us at the M.A. Chidambaram Stadium here. The teams are far from where they would want to be after two defeats and not a lot of points on the […]