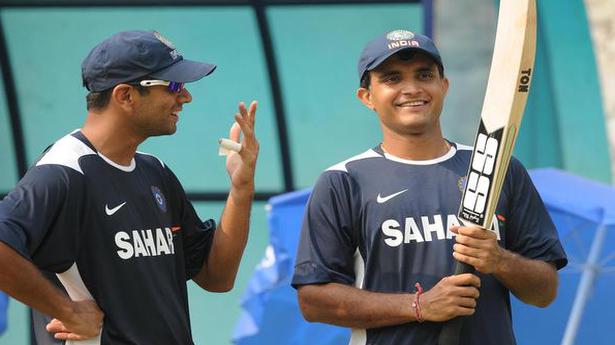 If India’s National Cricket Academy could talk, it would have said in the year 2000 when it was set up, “When I grow up I want to become like the Australian Cricket Academy.” That was the plan of the Board of Control for Cricket in India — a finishing school for young cricketers and a refresher for mature players who find technical snags creeping into their game.

The ACA was later renamed the Centre of Excellence, and the NCA a hospice for injured players. The former was an official change of name, the latter merely a running joke among some players. In recent years, rehabilitation was much criticised, as in the case of wicketkeeper Wridhiman Saha who missed tours either because he had a thumb injury or a shoulder injury — clarity was not an NCA speciality.

This lack of clarity has been a part of the NCA’s mission too — despite some top players having been either chairmen or directors — and is what Rahul Dravid inherited when he took over a few months ago. The NCA had produced, or put the finishing touches to some fine India players, but it has failed to live down its botched injury-management system. The NCA deserves better, and the BCCI’s renewed interest in its future is welcome.

On Wednesday, when the BCCI team arrives in Bengaluru to speak to Dravid (why the entire team is not relevant here), it will be, in reality, a meeting between two old friends who made their Test debut together. Sourav Ganguly and Dravid will discuss the future of the NCA, and by extension, Indian cricket. And hopefully set in motion the rehabilitation of the rehabilitation centre. Even if no major announcements are made, a statement of intent would be a good start.

The NCA, like the BCCI itself, has needed a shake-up, and in the two leading cricketers of the golden era of Indian cricket, when they first became the No. 1 team in the world, won the World Cup in two formats, and produced some of the finest players, India seem to have the right men for the job.

This is a young administration, and if the Ganguly-Dravid meeting is a harbinger, then it is possible their colleagues of that era, will have another opportunity to do off the field what they did so well on it. A coming together of Anil Kumble, V.V.S. Laxman, Javagal Srinath, Zaheer Khan, Venkatesh Prasad, Sachin Tendulkar, Virender Sehwag, and M.S. Dhoni (when he officially retires) is a mouth-watering prospect. These are men of spirit and experience who have other career choices right now, but could be persuaded to join Ganguly and Dravid in their mission. Some have administrative experience already, others are fine coaches, and all have credibility. Cricketers who have the good of the game at heart can upset the best-laid plans of politicians.

The NCA is set to shift from the Chinnaswamy Stadium to its new home some 20 minutes from the airport. Forty acres of land have been acquired and if the BCCI’s recent lethargy is replaced by the necessary bustle, we should soon have a modern training facility with accommodation areas, indoor nets, range of wickets and a technological marvel.

The cricketer largely responsible for the acquisition, former KSCA president Sanjay Desai knows his cricket and his administration, and would be the ideal man to handle the project during his cooling off period. Indian cricket needs to make use of the varying skills of its own.

Ganguly has less than a year to set things in motion in the areas he wants to focus on. Having the right men in the right place is the essence of management, and Ganguly has a good set to pick from.

When Kumble quit after a brief run as NCA chairman some years ago, he said, “I had a three-year plan in place, but my ideas did not align with the rest of the NCA committee. I didn’t want to be a figurehead.” If the NCA needs a revamping, then Dravid and Ganguly have the power and the responsibility, apart from the ability to do it.

Committees must necessarily have dissenting voices, but an opposing point of view must be presented with logic and come from a place of understanding. This has not always been the case, and has led to many projects being still-born.

Not wanting to be a figurehead is an important quality. Ganguly does not want to be one, nor does Dravid. This is the essential difference between those who put their hands up to do a job and those who are in it for the wrong reasons.

The common thread, irrespective of the result and the venue, in the first IPL 15 matches has been the prolonged duration of the matches. In fact, so slow have the matches been that most games this season have ended close to midnight instead of the scheduled 11.30 p.m. finish. Stephen Fleming, the Chennai Super Kings […]

Dhoni has to show he deserves India spot: Raju

Doubts linger around the Indian Premier League’s prospects of having a truncated version and simultaneously there is talk about how originally it was also seen as a platform to evaluate M.S. Dhoni. Venkatapathy Raju, who was a member of the selection panel that appointed Dhoni as India skipper back in 2007, admitted that the former […]