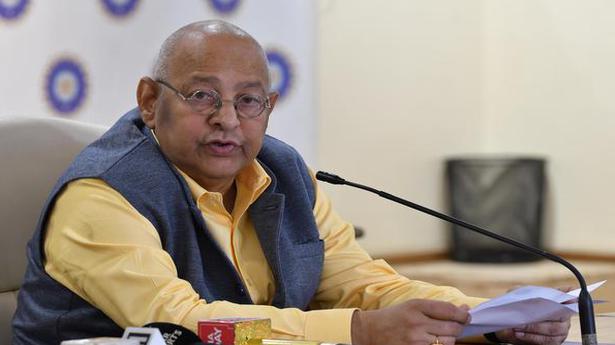 With less than three weeks to go before the start of the Indian Premier League (IPL’s) 12th edition, the Board of Control for Cricket in India (BCCI) is unsure whether the franchises have agreed to let the BCCI medical team and selectors monitor the workload of key India cricketers.

When BCCI acting-secretary Amitabh Choudhary was asked on Monday if a decision over India cricketers’ workload management had been reached, he said “not yet”.

To a pointed query over whether the franchises have agreed ‘in principle’ to rest cricketers, Choudhary passed the buck. “At this stage, it is not proper to divulge but we also have the selectors working on this,” he said, after the BCCI announced Tata Motors as a sponsor for the IPL.

With the World Cup set to start around a fortnight after the conclusion of the IPL, the workload management of the top stars in IPL has been in focus. Barring Afghanistan and West Indies, no other board has allowed its World Cup-bound players to participate in the IPL for its entire duration.

The Hindu understands that in the annual conclave ahead of the player auction in December, the franchises had sought clarity over the India cricketers’ availability and the BCCI had told them it was up to the franchises to decide.

Since then, however, the BCCI and the selectors have been in informal discussion with franchises to not overburden key cricketers, especially pacers. Perhaps, the deadlock hasn’t been broken and that’s why India has been rotating key bowlers in the ongoing ODI series versus Australia.

While announcing India’s squad for the home series against Australia, chief selector M.S.K. Prasad had said they were looking to monitor workload of top 18 cricketers short-listed for the World Cup. However, on Friday, Prasad, during a panel discussion on a TV channel, said “there is nothing wrong in playing IPL” before the World Cup.

With the Lok Sabha elections set to override the IPL schedule, the BCCI has so announced fixtures only for the first two weeks. However, the uncertainty over start time of the games has prevailed for the second season in succession.

In 2018, after signing a whopping ₹16,300-plus crore deal, the broadcaster had pressed for the start of IPL games to 5.30 p.m. (for afternoon games) and 7 p.m. (for evening games) instead of the conventional 4 p.m. and 8 p.m. starts. The BCCI refused to budge for the league stage but advanced the start of the Playoffs to 7 p.m.

“It is still under evaluation. We are still considering whether to advance it a bit or keep it at 8 p.m. because it affects the afternoon game. For the last so many years, we have been playing 12 to 15 afternoon games so it impacts that,” said Hemang Amin, the IPL chief operating officer.

“The players’ well-being will have to be considered if we are advancing it because if we advance the 8 p.m. game then we have to advance the afternoon game as well. Hopefully within a week or so we will announce the timings.”

The cricketing fraternity appears to be divided on four-day Tests. While a section of former players have given the new proposal a thumbs up, most of them are against the idea. Former India cricketer Sandeep Patil, too, isn’t in favour of the new proposal. Talking to scribes on the sidelines of the Harris Shield final […]

BCCI president Sourav Ganguly has headed to England to discuss the possibility of a four-nation series. He will have an informal meeting with officials of the English and Wales Cricket Board (ECB). It remains to be seen if Cricket Australia (CA) joins the talks. Days after taking over, Ganguly announced that the BCCI was looking […]