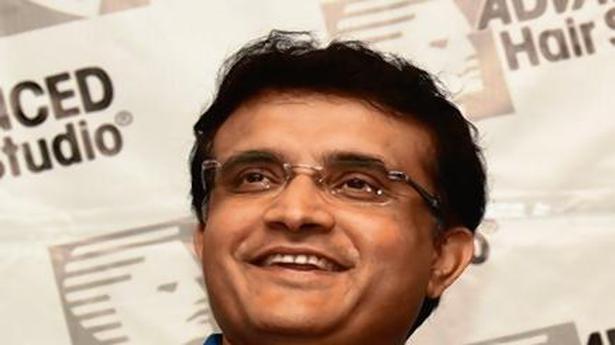 Sourav Ganguly always talks straight. He was direct, up to the point, and engaging during his conversation with The Hindu here on Tuesday.

The meeting with the Delhi Capitals mentor was arranged by Advanced Hair Studio. Excerpts:

Hasn’t the conflict of interest controversy hurt you at some level. Even the genial Laxman has reacted rather angrily…

I keep telling Laxman to get angry at times! Otherwise, he is too nice a person. I don’t see any conflict of interest. It comes in when one position puts you in an advantageous position in the other. The role in the Cricket Advisory Committee has no bearing on being an IPL mentor. They are not connected, one doesn’t influence the other.

What do you make of India’s chances in the World Cup?

India will be among the favourites. There is class, quality, and there are several match-winners. It will be about getting past the line in important matches.

Your thoughts on the format this time around?

This is the best format. You actually get the real winner. Everybody plays everyone and the best four qualify. There are no easy games.

English conditions have changed over the years. Lots of runs are being scored in one-day cricket now in England, pitches are good for batting.

The World Cup will be a high-scoring tournament.

Do you believe the Indian squad is a paceman short?

We have four pacemen. We have Jadeja for a reason. If Pandya gets injured we will have an all-rounder.

They can play three fast bowlers in the eleven so the balance is absolutely fine. If anybody gets injured, it’s just an eight-hour flight.

Will setbacks in the IPL hurt Kohli’s confidence levels as captain ahead of the World Cup?

Don’t judge Virat by his T20 captaincy. His record as an India captain is very, very good.

M.S. Dhoni’s inputs will be valuable…

He’s exceptional, isn’t he! He will support Virat with his ideas and inputs from behind the stumps. And it’s a great view from there.

Can Kuldeep Yadav rediscover his mojo in the World Cup after the IPL mauling?

It’s a different format. I wouldn’t be worried. He will settle down. And the Eden Gardens wicket, an absolute belter, coupled with a a fast outfield can be hard for a spinner. I will speak to him. I will meet him.

Would not the Indian team be fatigued in the World Cup after the gruelling IPL?

They will be fine. IPL finishes on May 12 and the Indians don’t play their first game until the 5th of June. So, it’s almost 21 days. These boys are fit.

Skippers who have impressed you in recent times.

MS has been a very good captain in the shorter formats. Virat’s captaincy in Test matches has been very, very good, away from home. In world cricket, I think Joe Root is a fine captain. The way he handles himself, the team, has impressed me.

Biggest threat to India in the World Cup?

England has some very good cricketers. And don’t rule West Indies out. They have some explosive players.

New Zealand pace spearhead Trent Boult and wicketkeeper batsman Tom Latham are doubtful starters for the home series against India after the duo suffered fractures in the recently-concluded Test series against Australia. Boult was ruled out of the final Test between New Zealand and Australia after fracturing his right hand when he was struck on […]

Gambhir wants country to back BCCI in boycotting Pakistan

Reiterating his stand on India’s total boycott of Pakistan, Gautam Gambhir said: “There can’t be conditional bans”. Speaking on the sidelines of an event here on Monday, he underlined the fact that it was for the BCCI to decide whether to play Pakistan in the World Cup. “All of us need to decide if sports […]

Sibley comes good in the second outing as the home team wipes out the first innings deficit Source: thehindu.com Related