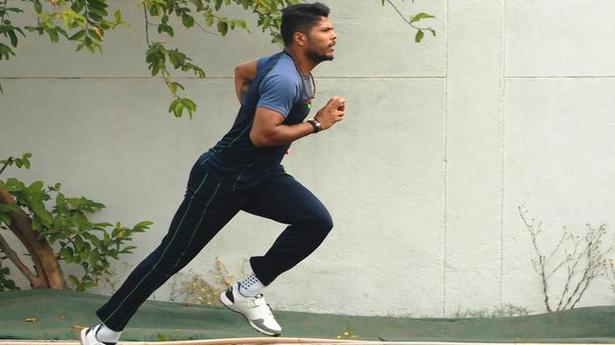 This has been a difficult IPL season for Umesh Yadav. Last year, the Vidarbha pacer was RCB’s principal weapon in the powerplay overs, finishing the campaign as the side’s highest wicket-taker, with 20 scalps in 14 matches at an economy rate of 7.86. This time around, his numbers make for tough reading. Umesh has eight wickets in 10 games, at an economy rate of 9.6. His downturn in form has been one of several factors in RCB’s bowling troubles this season.

“It’s difficult to elaborate because it’s part of the game for every bowler,” he said of his form after Tuesday’s game against RR here. “Sometimes you have a good day, sometimes a bad day. This is a phase [I have been going through] for four to six months. I’m not that accurate and everybody is talking about my bowling, saying ‘I’m not bowling well. Why this all is happening?’”

Since the end of the West Indies tour which followed the 2017 Champions Trophy — some 21 months ago now — Umesh has played only five ODIs. He has featured in six T20Is over the last 10 months, but only three of these matches — in England — were played back-to-back. The absence of a consistent run in the limited-overs teams had affected him, Umesh felt.

“Last two years, I continued playing all formats but still after that I’m not playing too many ODI or T20 (sic),” he said. “I’m just getting picked for two-three games and then dropped again because everyone is thinking…because I’m not giving my best. That will happen to any fast bowler. It will happen in the game. Last year, I was the highest wicket taker for RCB. This year it’s not happening. I’m definitely feeling bad. I’m hurting. Whatever the team wants from me I’m not delivering properly.”

Umesh added: “Sometimes there are too many things going on in your head, so [it affects] confidence. I’ve not had enough [game] time this year so I feel that’s a problem with rhythm not going my way.”

When ‘humble’ Dhoni declined to inaugurate the ‘Dhoni Pavilion’

Mahendra Singh Dhoni is a modest man and no wonder he has politely declined to inaugurate the ‘Mahendra Singh Dhoni Pavilion’ at the JSCA Stadium, ahead of India’s third ODI against Australia. “At the AGM last year, the decision was taken that the North Block stand that comprises media enclosure as well as VIP boxes […]

The BCCI on Thursday put out a timeline of Prithvi Shaw’s doping violation case, which showed a gap of more than two months between his sample collection and the final report from National Dope Testing Laboratory (NDTL). In what appeared to be an attempt at damage control after attracting criticism for the manner in which […]

‘CoI issue must be practically solved’