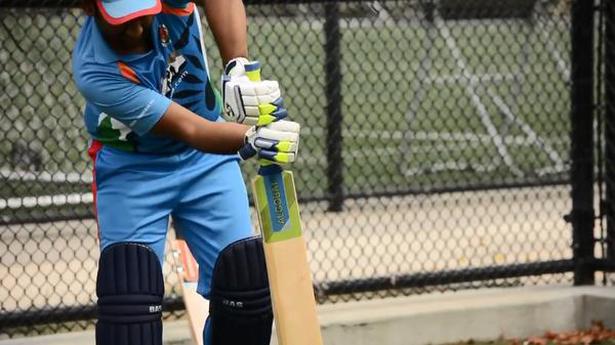 Using computer modelling and optimisation algorithms, the world’s best bat and maybe the most affordable could in the near future roll out from a lab to the cricket ground.

A high performing ‘Algobat’, closely resembling the finest in the market and at a fraction of the price, is in the works in Canada’s University of British Columbia, where scientists have developed a novel algorithm that optimises the geometry of the bat and helps it hit the ball harder and further.

Around one million people play cricket and 2.5 billion people watch the game, making it the world’s second most popular sport after football, noted UBC Professor Phil Evans, the leader of the project.

“But for young children just starting out, the cost of a high-quality bat can be prohibitive,” Prof. Evans said in a statement.

Young children dreaming of becoming the next Steve Smith, Eoin Morgan or Virat Kohli rarely have access to bats used by the stars of the game.

The Algobat could be the tool to give wing to their dreams and hit the ball out of the park — literally.

Prof. Evans and his colleague Sadegh Mazloomi have used machine learning and genetic algorithms to teach a computer to maximise the performance of the cricket bat they have named Algobat.

The result is a high performing bat that an aspiring cricketer can get their hands on at maybe just $30-40 and ultimately bring more talent into the sport, the scientists said.

According to Sadegh Mazloomi, a researcher who wrote the algorithms, the idea was to optimise the geometry of the bat, specifically the back profile in order to minimise the vibration caused by ball’s impact.

Therefore, more energy would transfer to the ball and the ball would fly further. “We used computer modelling of the bat and optimisation algorithms to achieve this goal,” Mr. Mazloomi said.

“The main idea of this research was to make cricket bats with superb performance. Alternatively, using the same optimisation techniques we can optimise the design of the bat for other wood species such as Kashmiri willow or poplar which can perform as good as the bats made with English willow,” he said.

To ensure quality, the performance of the bats would be measured using computer simulations and be priced somewhere around USD 30-40, the scientist added.

“The back of the bat is uniquely shaped so it does what it is supposed to do — it minimises the vibration and maximises the rebound energy when it makes contact with the ball, allowing the batsman to transfer full power to the shot,” he explained.

It’s fascinating that our cricket bat, which was designed based on physics and machine learning techniques, actually resembles the best commercial bat designs, which evolved by trial and error over hundreds of years,” he added.

The researchers said cricket bat manufacturers can use this technique to produce a great bat out of cheaper wood.

“English willow is the best wood for bats, but there is room for alternatives, as long as the bat performance stays the same. Manufacturers could optimise the design of the bat to match the unique characteristics of a particular species of wood — and our technique can make that possible, said Evans.

There might be some time before the bat actually makes it to the field.

Evans plans to first test the prototype and compare its performance with high-end commercial bats.

“We hope that manufacturers can use this method to either make the world’s best cricket bat, or to make them out of cheaper woods while maintaining the quality and the performance of the bat, said Evans.

“Our ultimate goal is to put high-quality bats in the hands of all the young kids in Australia, England, India and elsewhere who cannot currently afford one,” he said.

Star cricketer Virat Kohli remains the sole Indian in the Forbes list of world’s highest-paid athletes with estimated annual earnings of $25 million. However, the Indian captain has dropped 17 spots to 100th in the rankings. The list is headed by Barcelona and Argentina football superstar Lionel Messi. According to the Forbes list announced on […]

Hardik Pandya: The happy-go-lucky kid who fell in love with cricket

Mahesh Parmar, our cab driver, asks “Tamey Hardik Pandya ne goto chho?” (You are looking for Hardik Pandya?), as he drives us from Vadodara railway station to Diwalipura, in the suburbs.   Parmar — who appears to be in his early 40s — regales us with stories about Hardik. From his tattoos to his love […]