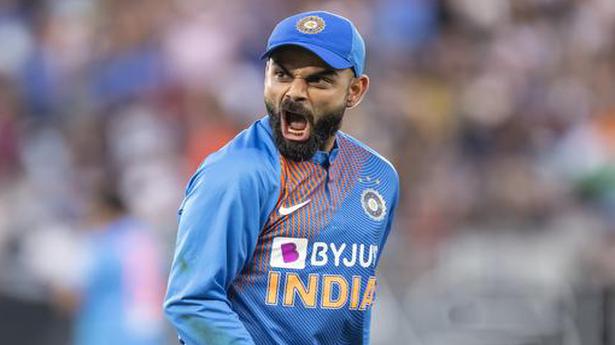 India captain Virat Kohli lauded his bowling unit for taking control of the proceedings from the onset after an emphatic seven-wicket victory against New Zealand in the second T20 International in Auckland on Sunday.

“I think we had another good performance today, especially with the ball. The bowlers stood up and took control of what we wanted to do out there. Sticking to one side of the wicket was a very good feature for us as a team to restrict a good New Zealand team to 132 which I think was below par,” Kohli said at the post-match presentation ceremony.

The low target led to India chasing down the total with 15 balls to spare.

“The low total led us to bat in that manner but we thought the pitch was good for 160 in the first half. We understood the angles of the field better, how the pitch was playing and I had to think on my feet as a captain,” he added.

Jadeja had the advantage as the ball gripped on this surface which was different from the first game.

“The ball gripped for the spinners and I think Jadeja was outstanding. Chahal was a banker. Bumrah was amazing as well, and Shami and Shardul and Shivam making very good contributions with the ball but I think we backed it up in the field more importantly,” he added.

Kohli’s opposite number Kane Williamson reckoned that the pitch was tough for batting compared to the first match and that they were 20 runs short.

“It was a tough day. The wicket was quite different from the first game. I think as a batting unit we needed another 15 or 20 to make it a little bit more competitive. But credit to the way India bowled,” Williamson said.

He termed India as a “class side” which put them under constant pressure.

“They’re a class side in all departments and they put us under pressure in that middle period. Even though we only had 130 on the board on a small ground, we still knew if we were able to take early wickets and build pressure like they did, then you never really know.

“But they showed their experience and took the game much deeper than we were able to in the first innings and they were very clinical.”

Was diagnosed with COVID-19 last month and kidney failure made it worse Source: thehindu.com Related

Navdeep Saini, whose shyness masks his aggression, is a captain’s delight. He goes about his task clinically and delivers what is expected of him. Drafted in as replacement for Deepak Chahar, Saini – who used to bowl selflessly in the Indian nets – impressed on his ODI debut to return two for 58 (30 runs […]

The Ashes: Jos Buttler strikes back against Australia after England collapse

Jos Buttler saved England’s blushes on Thursday, counter-attacking against Australia to lift his side to 271-8 after they collapsed on the opening day of the fifth Ashes Test. World Cup winners England, desperate to level the series at 2-2, have struggled to find consistency and contributed to their own downfall at the Oval, slipping from […]