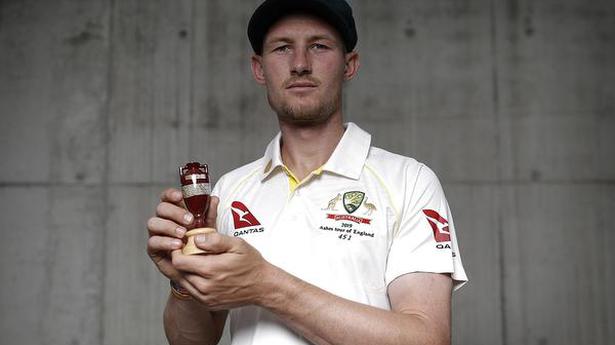 Australia opener Cameron Bancroft made sure he would be ready for an Ashes recall by packing his Baggy Green cap when he headed to England for a county stint with Durham.

Bancroft’s international career came to a shuddering halt when he was caught blatantly applying sandpaper to the ball during a Test against South Africa in Cape Town last year.

He tried to cover up a clear breach of cricket’s rulebook by trying to hide the tape inside his whites — a scene captured for all on television cameras — which only compounded his offence.

Cricket Australia banned Bancroft for nine months but then captain Steve Smith and David Warner his deputy, both received year-long suspensions for their roles in allowing and instigating the controversial incident.

But all three batsmen now find themselves back in the Ashes squad heading into next week’s first Test against England at Edgbaston.

While it was widely expected Smith and Warner, who both featured in Australia’s recent World Cup campaign, would return to Test duty when available given their proven records, Bancroft’s comeback was far less assured.

Indeed there were many who felt he was fortunate to be included in a 17-man squad announced from which fellow opener Joe Burns, who made 180 in Australia’s most recent Test against Sri Lanka at Canberra in February, was omitted.

But Bancroft, surprisingly appointed captain of Durham this season, did not lose faith and made sure he had his prized Australia cap with him when he travelled to England’s northeast.

“It’s something you’re obviously very proud of,” Bancroft said of his Test cap in an interview with the Cricket Australia website published on Saturday.

“It’s a very prestigious item to have and you take good care of it because it means something to you… and being able to see that is obviously really good to focus your goals, and where you want to be going,” he added after sealing his squad place with an unbeaten 93 in Australia’s intra-squad match at Southampton this week.

“To look at it and go ‘yeah I’m playing cricket but there’s something bigger I eventually want to be able to get back to’.”

Meanwhile the 26-year-old said the ball-tampering scandal had made him reassess his approach to both cricket and life beyond the boundary ropes.

“I think being serious about cricket is important, but I think it’s also about being able to realise the game is just a game of cricket,” he explained.

“One of the big lessons that I learnt last year was about being true to yourself.

“There is no doubt that I wasn’t as true to myself as I could have been at times (but) you learn from mistakes that you make, and you try and be better.

“I made a mistake, and I’ll learn from it and move forward and get better,” he added.

Former India all-rounder Yuvraj Singh on Monday reminded Shoaib Akhtar how he would warn batsmen while checking on them after nasty bouncers following the ex-Pakistan pacer’s criticism of Jofra Archer’s conduct in the Ashes. Akhtar on Sunday slammed Archer for not showing the basic courtesy of checking on Smith after the Australian batsman was felled […]

South African pace great Dale Steyn on Saturday rated the current Indian fast bowling unit as the best in world cricket. Steyn, who was bought by Royal Challengers Bangalore at the 2020 Indian Premier League (IPL) auction on Thursday, responded to a variety of questions during an interactive session with his fans on social networking […]