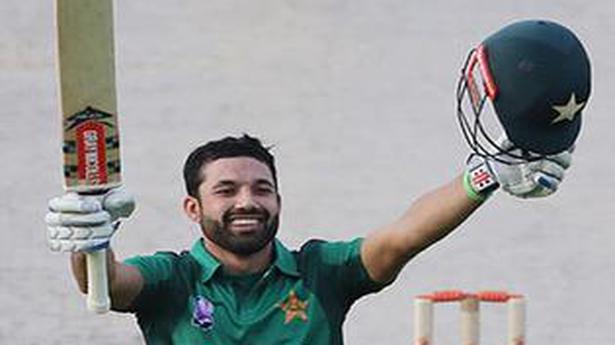 Wicketkeeper-batsman Mohammad Rizwan scored a maiden hundred to guide Pakistan to 284 for seven in the second ODI against Australia here on Sunday.

The 30-year-old knocked 11 boundaries in his 115 as Pakistan — which elected to bat — once again failed to crack the 300-mark on a flat pitch.

Rizwan — only playing because regular ’keeper and skipper Sarfraz Ahmed has been rested for the series — added 52 for the third wicket with Haris Sohail (34) and an invaluable 127 for the fifth wicket with stand-in captain Shoaib Malik.

Rizwan improved on his previous best of 75 not out against Zimbabwe at Harare four years ago and completed his hundred with a single off 114 balls.

Malik, on the other hand, smashed three boundaries and a six before falling for 60 in the 45th over.

Thunderstorms stayed away but it rained sixes here on Saturday. In a tense Test where South Africa will be defying pressure to survive the final day, the big hits, rather paradoxically, have assumed centrestage. Sixer record As many as 14 sixes were struck on day four of the first Freedom Test taking the sixer count […]

One of India’s finest batsmen, Mohinder Amarnath hoped Virat Kohli would come good in the second Test against New Zealand starting on Saturday in Christchurch. Kohli has aggregated a mere 201 runs in nine innings across all formats with just one half- century. “It is not that they have not played there. They have done […]