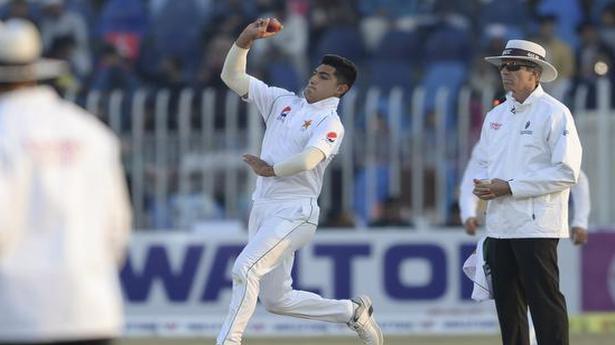 Pakistan teenager Naseem Shah grabbed a hat trick against Bangladesh on February 9 to become the youngest person to record the feat in Test cricket.

Naseem, aged 16 years and 359 days, trapped Najumul Hossain Shanto leg before off the fourth ball of his seventh over, then followed up with dismissals of Taijul Islam and Mahmudullah with successive deliveries.

Bangladesh’s leg-spinner Alok Kapali was previously the youngest to record a Test hat trick — at 19 — also against Pakistan, in Peshawar in 2003.

Naseem, who burst onto the scene on Pakistan’s Australia tour last year, is also the youngest fast bowler and second bowler overall to take five wickets in a Test innings.

He achieved that feat at 16 years and 307 days against Sri Lanka in Karachi last year.

IPL 2019: I needed this for my own confidence, says Jaydev Unadkat

Eyebrows were raised when Rajasthan Royals paid ₹8.4 crore to retain the services of Jaydev Unadkat. The left-arm seamer did little to bring those eyebrows down to their normal positions this IPL — until Saturday night, that is. Against Sunrisers Hyderabad, he gave away just 26 runs and picked up two wickets, not to mention […]

I relish being a finisher, says Dinesh Karthik

Dinesh Karthik played some blinders here these past three weeks. During Tamil Nadu’s remarkable campaign in the Vijay Hazare Trophy tournament, there was a 97 off 62 balls against Bengal and then an even more savage 65 not out off 28 balls against Madhya Pradesh. His footwork was quick, timing sublime. Then, he was neat […]

Jadhav, the finisher, establishes his credentials

Towards the end, Kedar Jadhav was treating the crowd to his party pieces: a short ball from Pat Cummins was helped over the wicketkeeper’s head, a full delivery from Nathan Coulter-Nile was effortlessly chipped over long-on, and Adam Zampa was driven inside-out into the cover boundary. Jadhav is a short man but he generates great […]