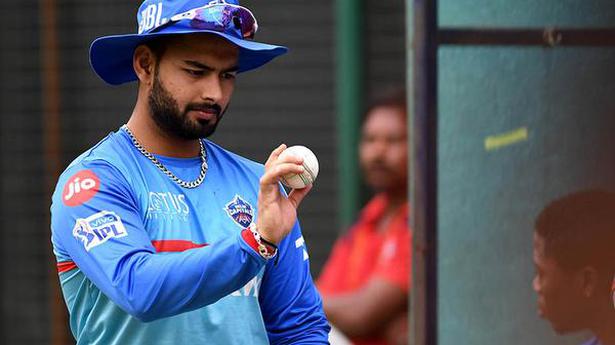 It was the eve of the first game for Delhi Capitals since the Indian team for the World Cup was named and coach Ricky Ponting had a few things to say about Rishabh Pant’s exclusion.

The pre-match press meet for the team had little to do with the game and everything with Pant. And Ponting made no secret of his surprise and disappointment at the decision. “I thought he’ll be in the starting XI, to be honest. Someone like him batting at No. 4 or 5, whatever. He’s that sort of player where he could have had that x-factor about him. He could have been the difference between India and another 10 teams in the World Cup,” he said.

“I don’t know what went into the selection. I don’t know why he’s not been picked. To be honest, that’s none of my business. I don’t think he’s impatient. I think he’s a very smart player who understands the game and situations very well,” he said.

The Australian was, however, confident of Pant’s future success and insisted that the decision had not affected the 21-year old’s focus. “I had a quick chat with him on Monday night. He seems to have taken it pretty well. There’s no doubt that he’s disappointed. But knowing what he’s like and knowing what talent he’s got, I’ll be surprised if he’s not played three World Cups by the end of his career.

“We have to remember he’s still very young. He’s going to potentially play three World Cups in the course of his career. His determination will shine through. I’m really happy that that decision’s been made now, he can just focus on being the best player that he can be for Delhi Capitals in the back half of this tournament. I’m sure as the tournament moves on you’ll see many more good innings from him.”

Pant, though, was on Wednesday included in the list of stand-byes for World Cup but when told about it after training, he simply dismissed any talk of it with a smile, concentrating on Thursday’s game instead.

Karnataka produced a clinical all-round performance to crush Jharkhand by 123 runs in their Elite Group A clash in the Vijay Hazare Trophy here on Thursday. Pavan Deshpande top-scored with a brisk 70 while Devdutt Padikkal and Manish Pandey made half-centuries as Karnataka made 285 after being put in at the M. Chinnaswamy Stadium. In […]

Balaji fears for bowlers with ban on use of saliva

Says he is against legalising ball tampering and is unsure about ICC allowing external substances such as Vaseline Source: thehindu.com Related

Even though both teams have secured a playoff berth, there is still a lot to fight for when the top two teams on the points table — Delhi Capitals and Chennai Super Kings clash here at the M.A. Chidambaram Stadium on Wednesday. Despite being the first team to qualify, the home team seems to have […]