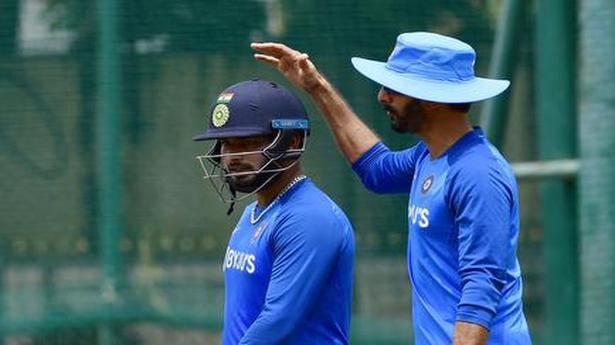 Rishabh Pant is fairly new on the block, but he is already faced with a dilemma — should he play his natural game or change to protect his place in the squad?

Pant has faced criticism from various quarters for throwing away his wicket.

“I think someone from the team management should have a word with him,” emphasised Virender Sehwag, who played all formats of the game with the same approach.

“He should do nothing,” insisted Kapil Dev, who was known to never compromise with his natural flair to strike the ball, even if it was the first one he faced.

“For me, he must wait to feel the sweet touch of the ball on the bat. What is the hurry? He has the ability and the calibre. It is the temperament that he needs to work on. There is a thin line between failure and success. You connect the shot and you are a hero. If you you don’t, the same shot becomes your nemesis. It’s a tough choice to make, but a choice has to be made before it is too late,” was Kapil’s advice.

Having gone through ups and downs in his career, Sehwag knew how to deal with such situations and criticisms. “I took it philosophically. That’s what Rishabh should also do. He should remember that anyone can flop. But it’s important that he should have the backing of the coach (Ravi Shastri) and the captain (Virat Kohli). Also, he should decide if he wants to keep playing his natural game or look to become a performer,” said Sehwag.

Sehwag cited two examples for the benefit of Pant. “I flopped in 20 innings before I scored. But then I had the support of the team management. I could regain form because of that support without changing my game. Similarly, MS (Dhoni) played his natural game and India lost a match which prompted skipper (Rahul) Dravid to speak to MS.

“It brought about a change. MS became a performer as Rahul wanted him to. Of course, he did curtail his natural game and learnt the art of finishing the game. I think Pant should also look to become a performer. He should concentrate on his shot selection. He has awesome talent and if improves his shot selection, I am sure he will serve India for the next 15 years,” Sehwag said.

It’s a matter of time

Kapil wanted Pant to “relax” and look to contribute consistently. “I know he can hit fours and sixes at will but there are times when you have to be judicious. I was dropped once (in a Test in 1984) but then I could not blame anyone. I had given the selectors a chance to drop me. Pant should now look to deny anyone a chance to drop him. He has it in him and it’s a matter of time before he regains his form and confidence. Let’s back him.”

As for Pant, he is doing what he has been asked to — playing domestic cricket to re-organise his game.

IPL fixing: HC verifying if those acquitted have received notices

The Delhi High Court on Tuesday asked its registrar to check whether all those discharged along with cricketers S. Sreesanth, Ajit Chandila and Ankeet Chavan have been served a notice that was issued on the police’s appeal in the 2013 Indian Premier League spot-fixing case. The High Court had on November 18, 2015, issued notices […]

Pakistan’s Khushdil Shah ruled out for first Test against England

If IPL doesn’t happen, it will be difficult for Dhoni to make comeback: Gambhir

Former India opener Gautam Gambhir said if IPL is not played this year, it will be difficult for Mahendra Singh Dhoni to make a comeback to the Indian team. Dhoni last played for India in the World Cup semi-final against New Zealand in July last year. Since then he hasn’t played any competitive cricket and […]