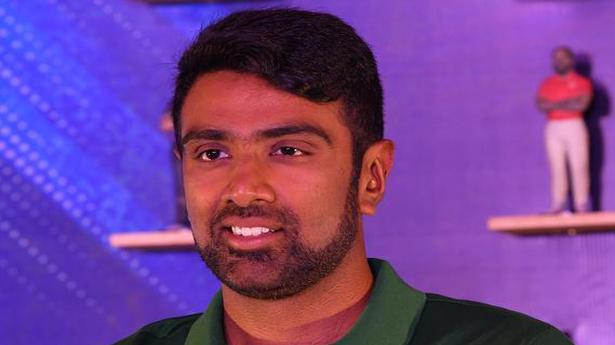 It’s been more than 20 months since R. Ashwin walked out on a cricket field in India’s Blues. However, the off-spinner is convinced that his exclusion in the team is more due to the “perception” that “wrist-spinners are required” in white-ball cricket than his own performance.

When asked if it becomes easier to focus on just one format in the international arena, Ashwin quashed it and explained his rationale behind his exclusion from India’s white-ball set-up.

“I don’t know, it is a perception if you feel like that, that’s it. I am not looking at it like that because I am no slouch. In the white-ball format, my records are not bad like what is perceived to be,” Ashwin said in Mumbai on Saturday.

“It is the perception that wrist-spinners are required in the modern day one-day cricket format that I am sitting out. The last one-day match I played, I got three for 28. I would always look back at my career and say it is not due to my effort that I am sitting out of the team, it is due to the supply and demand that the team requires.”

Ashwin, the Kings XI Punjab captain, and his Kolkata Knight Riders counterpart Dinesh Karthik launched their respective franchisee’s association with Cricfig, a cricket figurine innovation. The off-spinner added that he has been in good nick in the shorter format.

“I went and played in the Syed Mushtaq Ali and I had a decent outing and that is how I look at it. I am playing cricket and it is not like I need to specialise in one particular format. It is the challenges of the modern-day game, I will be looking forward to do whatever I can do best.”

Ashwin returned with seven wickets in Tamil Nadu’s six games, at an average of 24 and economy rate of 7. With less than a week remaining for the IPL, Ashwin stressed that he will continue to experiment with his leg-spin bowling, something that he tried during the last IPL.

“There’s always scope to do something different or try something new in the IPL, because the bowlers are always stacked up with a lot of challenges. Small grounds, wicket quality getting better day by day, bat quality is getting better by the day as well, so there’s a lot of scope,” he said.

“It’s not like you can just come and try and do anything and just monkey around with your skills. There has to be a logic and thought process behind everything that you want to do. Last year I tried bowling leg-spin and it was successful to a certain degree. I learnt quite a bit from that and will probably try and apply more in this IPL.”

The board also appointed Mushtaq Ahmed as spin bowling coach for the upcoming tour starting from July 8. Source: thehindu.com Related

Moeen Ali excelled in both batting and bowling. A.B. de Villiers continued his love affair with Wankhede Stadium with a valuable, albeit scratchy, 75. Still, the duo’s effort was not enough to keep Royal Challengers Bangalore’ comeback on course as Mumbai Indians crossed a moderate target of 172 runs without much fuss to virtually put […]

Kumble optimistic of IPL happening this year, even if it’s without spectators

“We are all optimistic,” he said. Source: thehindu.com Related