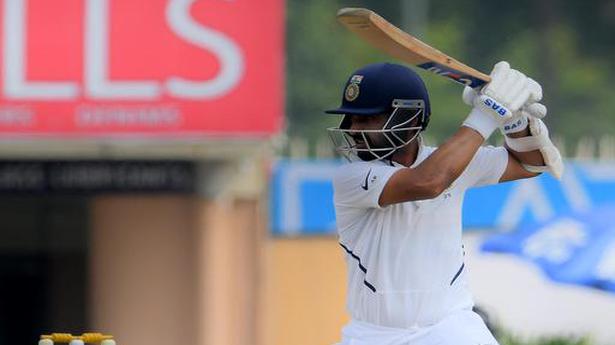 Rohit Sharma is only three matches into his role as a Test opener, so it is perhaps too early to draw sweeping conclusions. But what is also clear is that he is not a total misfit for the job. Over the last three weeks, Rohit has accumulated 529 runs in four innings, more than any Indian opener in a three-match home series except Virender Sehwag, who managed 544 against Pakistan in 2005, but over six innings. In the third and final Test against South Africa at the JSCA Stadium here, Rohit had to battle for his runs, against some hostile pace bowling. But he survived the tough bits, and then cashed in.

“It’s not like only after opening, I wanted to do well,” he said here on Sunday. “Wherever I used to play even before, I always tried to do well. Right now, I’ve played only three Test matches as an opener, so there’s a long way to go. I’m not reading too much into it but of course I’ll take a lot of positives from it.”

Rohit had hitherto batted mostly at 5 and 6 in Test matches, so he needed to make adjustments to open, he felt. “Opening the batting is a different challenge to batting at No.6 or 5 or 7. Because playing the first ball of a match, compared to playing after 30-40 overs, it’s a different ball-game. You have to be mindful of which ball you have to play at, and which ball you have to leave. I was allowing myself to take time, rather than going after the bowlers straightaway. You also have to play with a low backlift and things like that, in these conditions,” he said.

Rohit was stuck on 199 going into the lunch break but he was not bothered, he stated. “I wouldn’t say it’s frustrating. It’s just the laws of the game. The time it has to finish, it has to finish. I was not thinking about it (the 200) at all. I knew that whenever it’s supposed to happen, it will happen. In terms of what was thrown at me in this particular Test match, I would definitely say that this was probably the most challenging knock,” he said.

Rohit was determined to bat well as an opener for other reasons too. “I had to use this opportunity fully, otherwise I knew you guys would write a lot about me,” he told reporters. “But now you can write something good.”

A perfect combination and a winning start will be foremost on skipper Virat Kohli’s mind when India take on West Indies in their inaugural World Test Championship opener here on Thursday. A win in the opening Test will be the 27th for Kohli as skipper and will put him on even keel with his predecessor […]

Hong Kong’s Irfan Ahmed and Nadeem Ahmed have been banned from cricket for life for match-fixing and their team mate Haseeb Amjad has been banned for five years, the International Cricket Council (ICC) said on Monday. The trio were provisionally suspended by the world governing body in October after being charged for “fixing or contriving” […]

The Punjab government has ordered an inquiry into the allegations levelled by veteran India player Harbhajan Singh that delay in paperwork on the part of the State’s sports department was the reason for not getting prestigious Khel Ratna Award. The off-spinner’s nomination for the Khel Ratna award has been rejected by the Ministry of Youth […]